Labor Government must get their story straight on Cossack 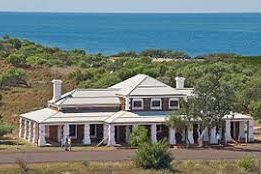 The Nationals WA Member for Mining and Pastoral Region Jacqui Boydell is urging the Labor Government to come clean on their plans for the historic town of Cossack.

In October the Lands Minister called for registrations of interest for reactivating the townsite, with a focus on low-impact tourism, low-cost camping, cafes or galleries. On the same day he issued the media release the entire 22-hectare townsite appeared for sale on real estate websites.

A short while later there were news reports stating the Minister confirmed Cossack was not for sale, despite continued advertisements and For Sale signs up in front of the historical buildings.

“There is a lot of confusion over the future of Cossack, which was first settled almost 160 years ago and should be a jewel in the crown of Pilbara tourism,” Ms Boydell said.

The City of Karratha had successfully managed the townsite for the past 24 years, investing over $10 million on the upkeep of the State-owned asset.

Earlier this year, after proposed changes from the City to allow further development of Cossack were blocked by the Labor Government, the council handed management back to the State.

“What we are now seeing is the Labor Government calling for interested parties to invest, before the planning issues which have stalled previous attempts at revitalisation are rectified,” Ms Boydell said.

“It is a clear case of putting the cart before the horse. The Government need to work though the planning issues before calling on people to invest in any revitalisation project.

“Furthermore the Minister is being as clear as mud as to whether the townsite is actually for sale or not.

“I asked a very clear and simple question to that effect on the floor of Parliament – and received a convoluted answer obviously prepared by an adviser.

“It’s time for Minister Wyatt to face the media in person and give an answer one way or the other to give all interested parties some clarity on the future of this beautiful town, which holds huge historical significance.”