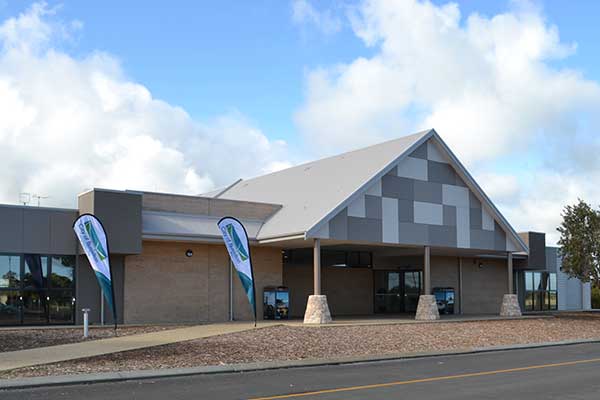 Mr Redman said despite the potential of the new facility, the Minister for Regional Development was against the renovation from day one and has now withdrawn the State’s $9.5 million commitment to the project.

“This Government’s view of the airport terminal has been short-sighted from the outset,” Mr Redman said.

“They initially delayed the upgrade promising it would be built after a successful three year airline trial, however, without a plane on the tarmac, the Minister has now withdrawn funding in the belief the current ‘tin shed’ terminal will suffice.

“The final nail has been driven into the ‘terminal’ coffin with the re-allocation of $9.5 million to other projects

“The Labor Government’s true colours are now coming through with their complete lack of support for the Busselton Margaret River airport.”

Mr Redman said the demise of the project was astounding considering it had the full support of 11 South West Shires and Jetstar.

“When the interstate hard borders are finally lifted, we are going to see a pent up demand of interstate travellers looking for a break, and with a well-coordinated campaign, WA’s South West could be a winner,” he said

“Prior to COVID-19 travel restrictions, Jetstar had committed to direct flights between Melbourne and Busselton Margaret River Airport. The region is well placed for this service to recommence when all the health advice indicates it is safe to do so.

“Redirecting the $9.5 million to another project is a slap in the face to all those who have worked so hard to get a world class airport as the entry statement to one of the most iconic parts of our nation.

“It is time the Minister for Tourism looked beyond quokkas on Rottnest Island and directing all travel through Perth and started encouraging direct travel to our unique regional destinations.”