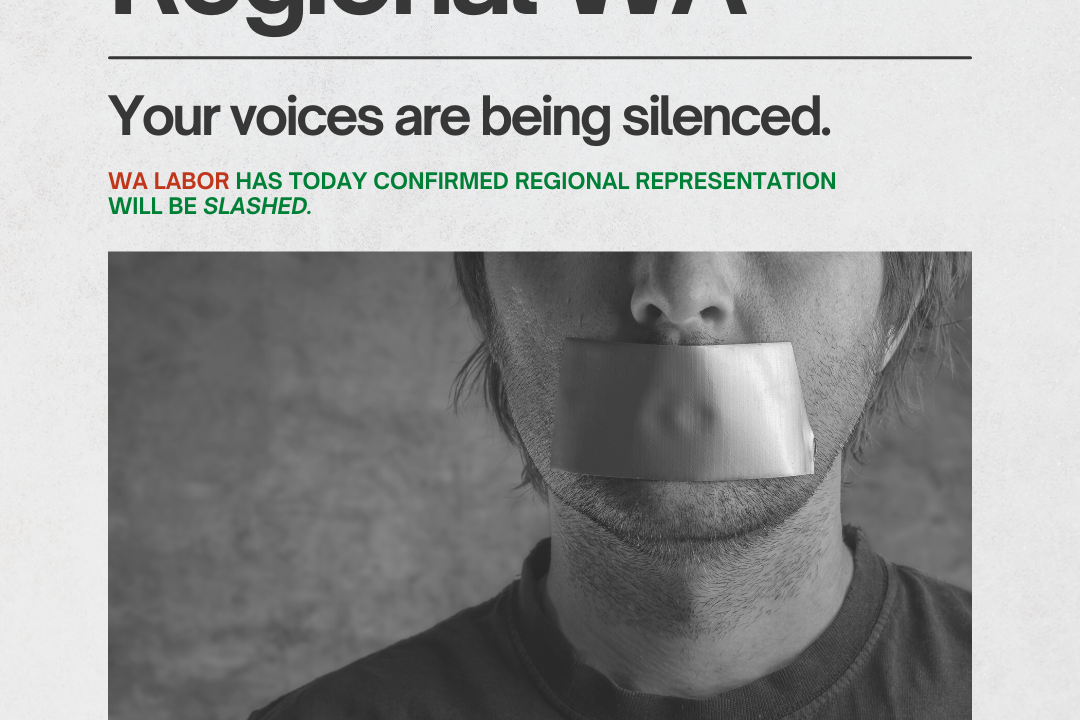 The Opposition said today’s report by the Ministerial Expert Committee on Electoral Reform is another nail in the coffin for fair representation for regional WA in the State’s Parliament.

Opposition Leader and Shadow Minister for Electoral Affairs Mia Davies said the report recommended reforms that would mute the voice of regional Western Australians in the State’s Parliament.

“The Premier lied to the people of Western Australia during the election campaign when he said electoral reform was not on the agenda,” Ms Davies said.

“He denied it again and again and then arrogantly made it his Government’s first order of business.

“Imagine making this a priority, in the midst of a pandemic when the health system is on its knees and a housing and skills crisis that remain out of control.”

Ms Davies said the report would see the end of regional representation based purely on a mathematical equation of equality, which was confirmed by the Committee members in their briefing to the Opposition.

“The last time Labor did this, they abolished six country electorates and shifted them into the metropolitan area – Labor has form for attacking regional WA,” Ms Davies said.

“The Government has once again betrayed the people of regional Western Australia from as far north as the Kimberley, out to the Goldfields and down to the Great Southern region.”

Ms Davies laid down the gauntlet for regional Labor MP’s to publicly express their views on reducing the number of people available to advocate for the people they promised to represent.

“Those regional Labor members now have a duty to the people of Western Australia to explain to the people they represent why their Government is focused on muting their voice, and why they didn’t raise it before the State Election.

“Regional West Australians deserve an explanation from their local Labor Members about why reducing regional representation is the Government’s priority and not addressing the health, housing and skills crisis.”