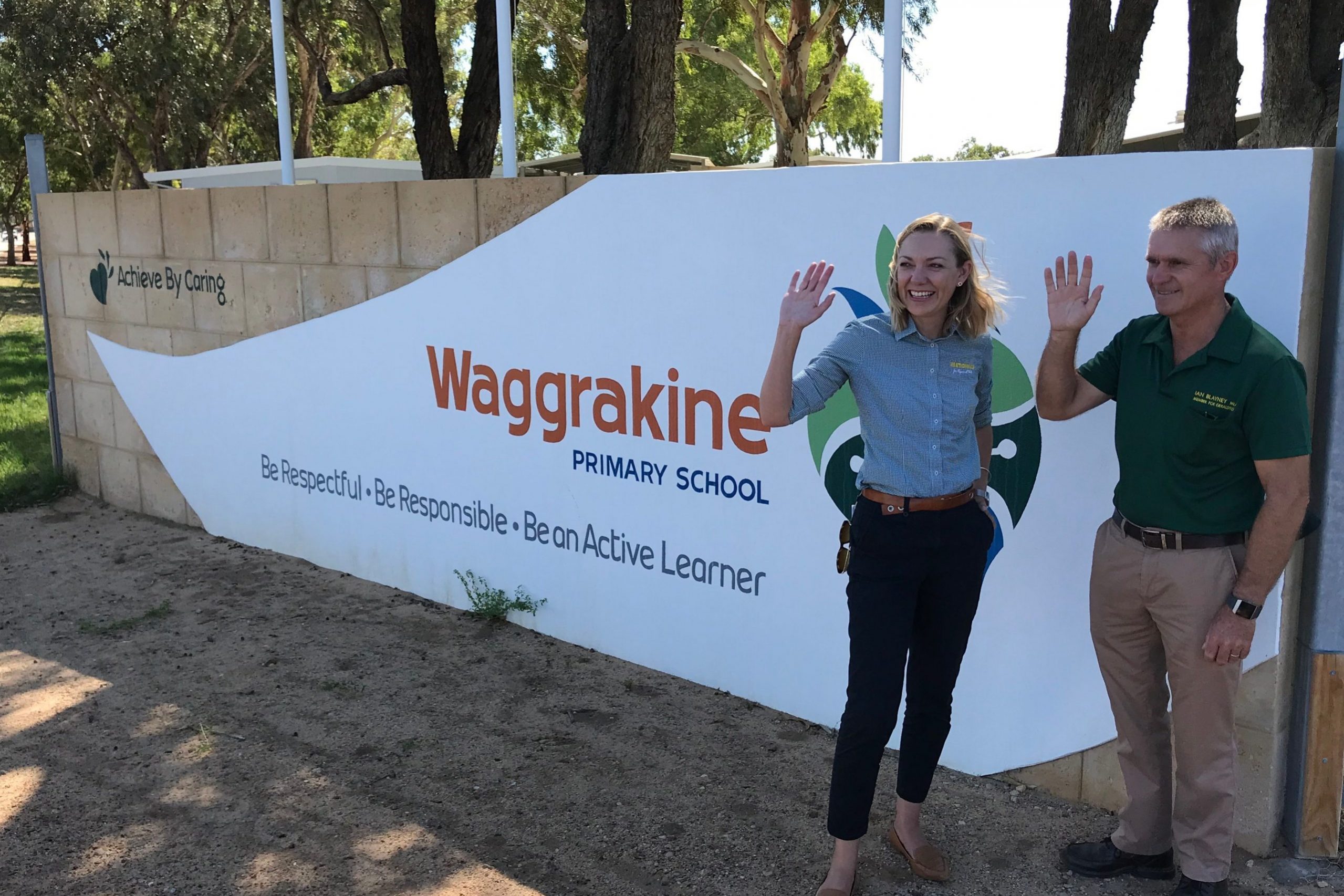 Families with young children in Waggrakine will be the benefactors from significant investment at their local primary school should The Nationals WA form Government in March.

Today, Member for Geraldton Ian Blayney pledged $2.5m for Waggrakine Primary School to build a four classroom block to replace transportable classrooms, providing a permanent base for the school community to utilise.

“With over 450 students, Waggrakine Primary School is the largest primary school in the Midwest,” Mr Blayney said.

“A commitment to build a new classroom block will ensure the school community can continue to grow successfully, without losing the ability to continue to deliver education to the highest standard.

“Waggrakine Primary School P & C have been successful in raising funds for new playgrounds, outdoor classroom space and many more additions to the school community that provide our children with a first class education.

“The Nationals WA recognise the importance of supporting school communities, ensuring the school community has the confidence that their children will have the best school facilities into the future.

Mr Blayney said this $2.5m pledge built on the previous Government’s strong track record of investment for schools in Geraldton and reflected his long-standing commitment to improve educational facilities in the region.

“Unlike this Labor Government, The Nationals WA recognise the value in continuously improving educational facilities in the regions, and I’m proud to be part of a team who deliver for schools in Geraldton.

“The community asked for the two public high schools to be established as separate schools – we delivered. Wandina needed a primary school – we delivered.

“We delivered over 12 projects to Geraldton schools – a strong indicator that our local school community will always be better off under a Nationals Government.

Mr Blayney said one of his recent achievements for Waggrakine Primary School was ensuring the construction of a perimeter fence around the school after pressurising the Government to take urgent action on the issue.

“After meeting with the Waggrakine P & C, I became aware of safety concerns they had regarding their school fence,” Mr Blayney said.

“I immediately put this issue to my parliamentary colleagues in the Parliament and was successful in securing a new fence for the school, ensuring the safety of students and staff into the foreseeable future.

“All aspects of schooling in Geraldton are a priority for me and I will continue to advocate for local schools and improvements to facilities should I be re-elected at the state election.