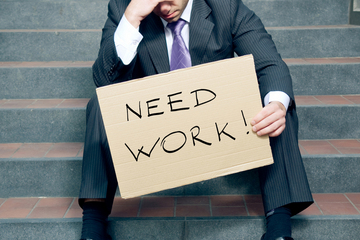 Premier Mark McGowan has spent almost $1.5 million to employ 10 staff for a “jobs unit” which has so far delivered nothing but a website displaying outdated jobs figures.

In February the Premier promised to create 150,000 new jobs in Western Australia by 2023 as part of the Government’s “Our Priorities” program.

At the time the Premier committed to “measurable targets for Ministers and senior public servants that can be transparently tracked on the program’s website”.

“I realise that by setting our targets, they will define my job as Premier of Western Australia,” Mr McGowan said on 20 February 2019. “That’s why they are not just about words on a piece of paper – they include measurable targets that holds my Government to account, in a transparent manner.”

An investigation by The Nationals WA reveals the Premier’s grand plan to track jobs created by his Government doesn’t match the rhetoric.

“Five months after launching ‘Our Priorities’ there is no evidence of a jobs tracker on the program website or targets for Ministers or public servants,” Leader Mia Davies said.

“Instead, the Government has slapped a basic line graph on the site reflecting ABS statistics on the ‘total persons employed in WA’ – worse, the figures are more than one year old.

“The jobs tracker and website is about as flimsy as Labor’s commitment to creating local jobs and using local contractors for WA projects.”

Questions by The Nationals in Parliament reveal the Premier created a stand-alone “Priorities Implementation Unit” within the Department of Premier and Cabinet. The unit has 10 full-time staff and cost $1.36 million to establish.

Warren-Blackwood MP Terry Redman confronted the Premier over the ‘Our Priorities’ plan in Parliament, asking whether he would fulfill his earlier commitment to transparency.

“In the name of transparency, I asked if the Premier would be happy to table quarterly or half yearly targets given the jobs tracker was not performing its anticipated function,” Mr Redman said. “Of course the Premier denied the request.”

Mr Redman said if the Premier failed to deliver on his 150,000 jobs target he needed to hand in his resignation.

“The Premier staked his reputation on creating 150,000 new jobs in the next five years. He made that commitment and he must now live by that commitment,” he said.

“In a Matter of Public Interest motion brought before Parliament my Nationals colleagues and I cited numerous examples from the past two years when Labor had cut or cost jobs in regional WA, proving the Government’s jobs plan is in tatters.”