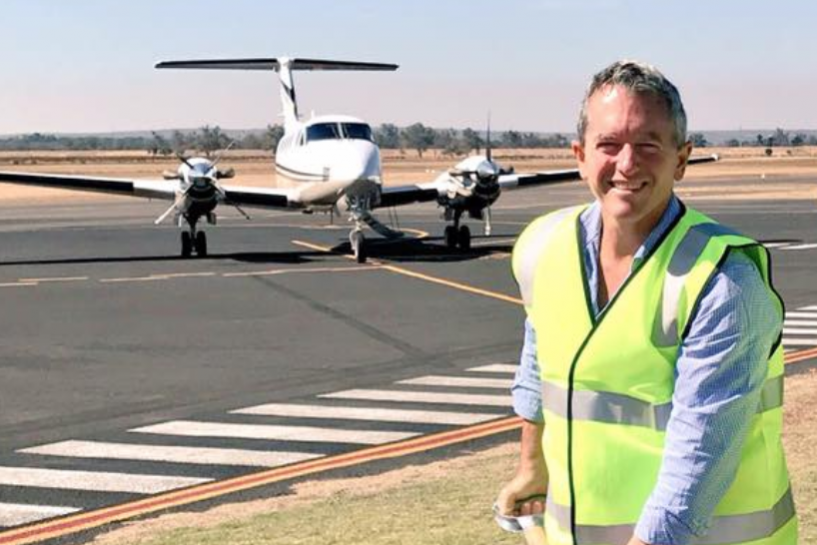 The Nationals WA’s Terry Redman has called on the State Government to build a promised terminal at
Busselton Margaret River Airport to capitalise on the tourism potential of direct flights into the region.

In a motion he moved in State Parliament, Mr Redman, the Member for Warren Blackwood, said landing a
Jetstar service to-and-from Melbourne meant the airport needed a new terminal to cater for the demand.

“From the outset the Labor Government has been against this project and have left all the heavy lifting to
the City of Busselton to get the flights off the ground,” Mr Redman said.

“The Minister for Regional Development last year promised that if a deal was struck with an airline to
service the region, she would press the button on releasing funds withheld to build a terminal for the airport.

“While this was never part of the original funding agreement, the City of Busselton worked hard to negotiate
this deal. Now, despite all the hurdles the McGowan Government has put in the way, the planes are coming
and the Minister is clawing for other reasons to withhold the $12 million set aside for the project.

“The State Government needs to keep its promise and release the funding to construct the terminal.”

Mr Redman said the entire airport project was scoped on construction of a new terminal and it was a sheer
waste to spend over $3 million in an ad-hoc temporary retrofit to comply with security screening and provide
services for the thousands of new passengers arriving and departing each week.

He added there had already been 5700 tickets – the equivalent of more than 30 plane loads – sold for the
flights which start in March.

“We have had Lonely Planet list Margaret River and South West as the No.1 place to visit in the Asia
Pacific this year, so people are receiving recommendations from one of the most trusted sources in the
world to come and enjoy the spoils of the region,” he said.

“We should give these visitors flying into Busselton Margaret River a terminal that can cater for the
increased volume these interstate flights will bring. If we want to ensure the viability of these flights, we
need visitors to have a fantastic first impression, and talk it up to family and friends.

“Travel operators and accommodation providers have invested millions of dollars on the back of this project
having been approved and funded under the previous Liberal-National Government.

“The State Government should stop stalling, back the local operators and deliver a piece of infrastructure
that will support this vital initiative to grow tourism in the South West.”