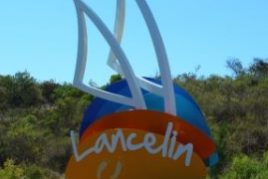 Member for Moore Shane Love has slammed the State Government’s failure to adequately support the Lancelin Ocean Classic Festival, leaving organisers with no option but to cancel the iconic windsurfing event in 2020.

Mr Love joined a wide section of the Central Coast community in expressing his disappointment the 34-year-old race won’t be held next month as scheduled.

“The Lancelin Ocean Classic attracts thousands of visitors each year, many from far reaches of the globe, and provides a tremendous boost to the region’s economy,” Mr Love said.

“It is deeply concerning that despite the popularity and success of the event over such a long time the State Government cut $60,000 in funding that helped underpin the race and festivities.

“Considering the race brought up to 5000 visitors to Lancelin each year it is unfathomable why the Minister would scupper such a successful tourism lure.”

A truly iconic event, Lancelin’s Ocean Classic has held the Guinness World Record since 2008 for being the longest windsurfing race.

Last year 300 competitors participated in the 25.6km race, and in the past global windsurfing names such as world champion Dane Bjorn Dunkerbeck have competed.

Mr Love said it was galling that the Minister for Tourism would allow his department to reduce funding to the extent the event was unstageable.

“It is my understanding the Classic was dropped from Tourism WA’s Regional Events Program earlier this year, reducing the amount of funding it could attract through the smaller scale Regional Events Scheme,” he said.

“It is a kick in the teeth for the community driven event, which in 2019 was ramped up to include eight days of activities and competition over the festival period.

“It is also disappointing the race was cancelled just a month out from its start with plenty of competitors, their supporters, sponsors and local businesses well advanced in their plans for the event.

Mr Love called on the Tourism Minister to meet with festival organisers and try to work through a solution so the event didn’t become consigned to the history books.

“I hope the State Government will reverse the cuts and back an initiative that provides great benefit to Lancelin and surrounds so the Classic can return in the near future,” he said.