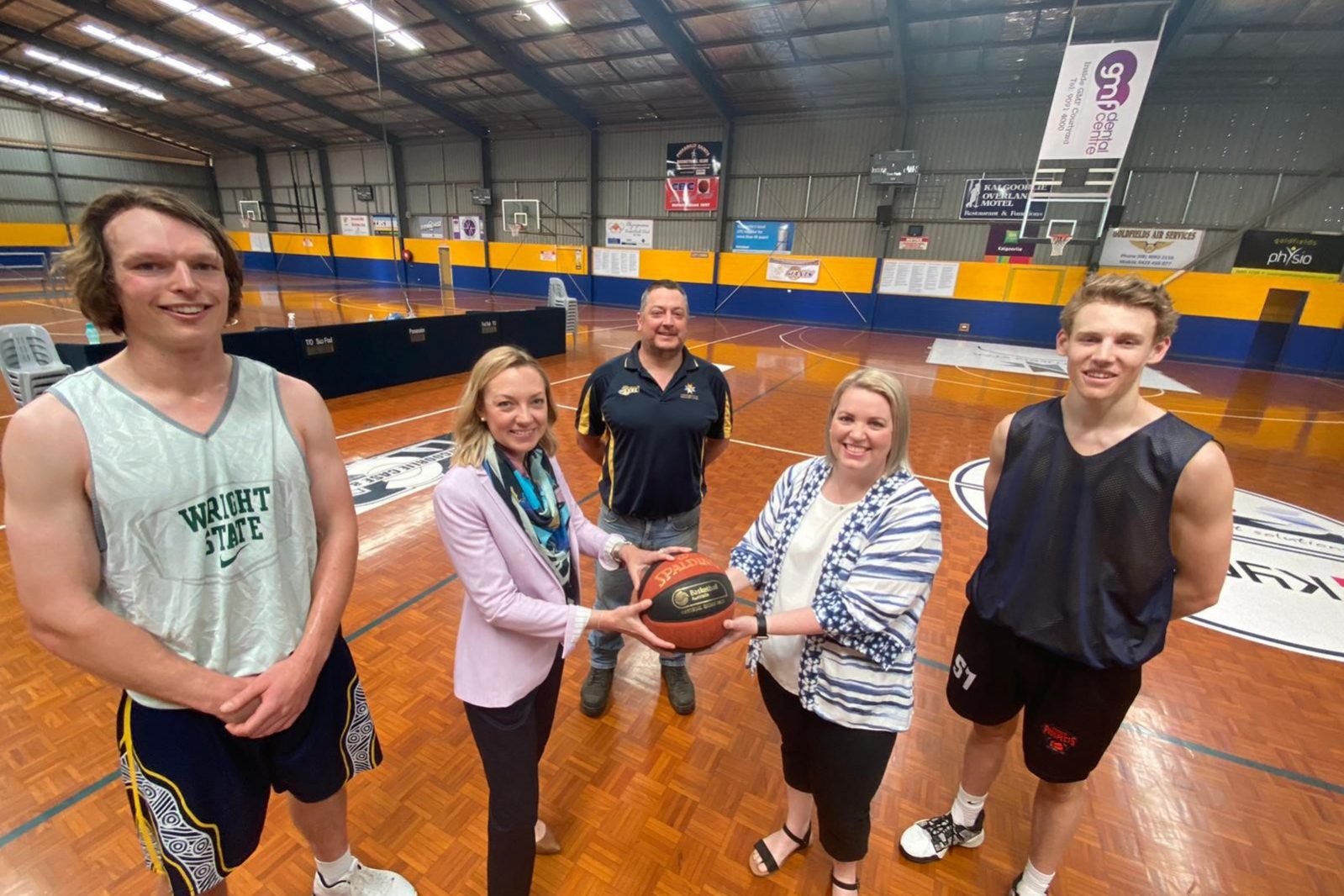 The Nationals WA have committed $4.4 million to help Kalgoorlie Boulder Basketball Association deliver a new basketball stadium for players, fans and the community if elected to Government in March 2021.

In the Goldfields capital today with local candidate Rowena Olsen, Leader Mia Davies said it was clear redeveloping the 41-year-old stadium was a priority for key stakeholders and community members.

“Redeveloping Niels Hansen Stadium was first identified a decade ago and we are backing key stakeholders in their pursuit of building a fit for purpose stadium facility,” she said.

“Basketball has a strong following in the region, anchored by the Goldfields Giants State Basketball League team, and is a popular community sport that peaked at more than 1500 players, coaches and officials participating each season three years ago.

“Unfortunately, since 2017 when two outdoor courts were decommissioned, capacity constraints have led to a drop of 200 people, which is not an outcome we want when it comes to grassroots participation in sport and recreation in regional communities.”

Ms Davies said The Nationals WA would commit $4.4 million towards redeveloping facilities at the stadium, expected to cost $12.86 million, which will create more than 30 jobs during construction and on an ongoing basis.

A feasibility study completed in July 2020 found more than 115,000 people used the facility each year including more than 100 active basketball teams, schools, netball clubs for training, roller derby competitions and other community events.

Mrs Olsen, The Nationals candidate for Kalgoorlie, said without funding Kalgoorlie was at risk of losing its stadium altogether, which was sub-standard as a sporting venue and non-compliant with basketball regulations.

“This is not only a threat to the survival of the Goldfields only State sporting team, the Goldfields Giants, but the stadium could potentially be lost to the whole community,” she said.

“We’ve got a premier stadium in terms of community usage that has been left to fade away beyond repair, it’s time to power forward so the whole community scores.

“I’m pleased to be part of a strong regional team – and to be the first political Party to commit to this important community project.”