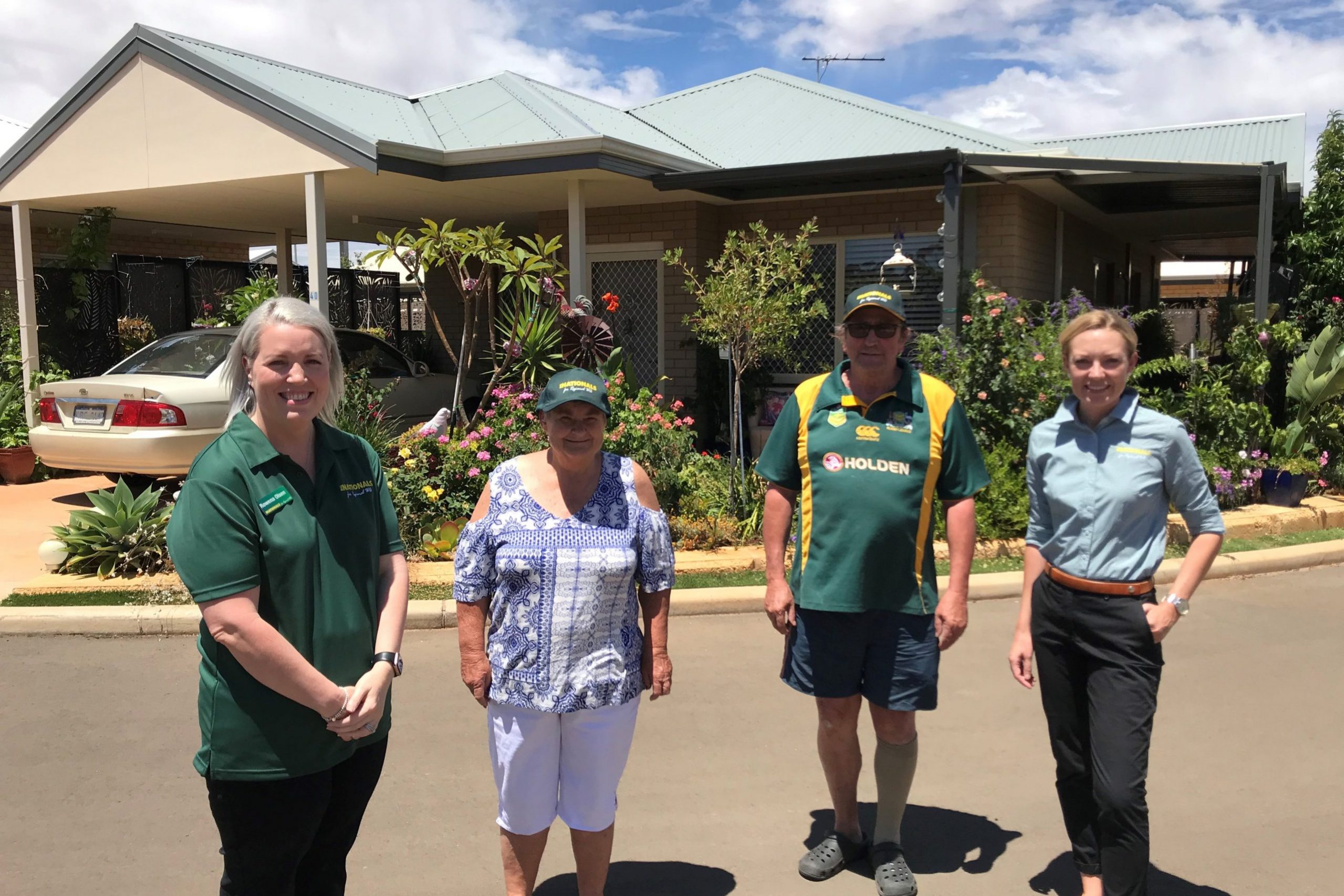 The Nationals WA have unveiled a significant commitment to expand living for seniors in Kalgoorlie by co-funding another 60 independent living units (ILUs) at Pringle Village.

Leader Mia Davies and candidate for Kalgoorlie Rowena Olsen made the $9 million announcement at Pringle Village today alongside board members of Goldfields Masonic Homes Inc.

“Our commitment will form part of a co-funded arrangement for earthworks, design and build of another 60 units, roads and fencing at this fantastic locally managed facility in Lamington,” Ms Davies said.

“Allowing seniors to age in place has always been a priority of The Nationals WA, which is why we invested heavily in developing better aged care facilities and services while in government.

“If we form government, The Nationals WA are committed to partnering with the City of Kalgoorlie-Boulder and Federal Government to deliver more units so more people can age in place close to friends, family and the community they have contributed so much to.”

When in government The Nationals WA delivered $9.8 million of Royalties for Regions toward the $13 million design and construct of 49 ILUs at the village.

“The units have proven so popular among locals that demand has now outstripped supply and there are around 90 people on a waiting list to live in the village,” Ms Davies said.

In contrast the Labor Government stripped more than $40 million of Royalties for Regions funding allocated to aged care and seniors housing projects across regional WA in the 2017-18 State Budget.

That included kyboshing a $9.2 million Royalties for Regions-funded housing project for 16 units in Leonora despite backing from the community, Shire and previous State Government.

Mrs Olsen said many conversations she had with residents demonstrated why life at Pringle was so popular and why expansion of age appropriate housing was desperately needed.

“People want to downsize their residence without scaling back their lifestyle and these units allow people to do that, creating a sense of community that is also safe and secure,” Ms Olsen said

“Pringle Village residents have spent their entire lives in the Goldfields and they’re telling us being able to stay and have the services they need in one place and friends close by is really rewarding and relieves a lot of stress.

“Not only do these units provide fantastic new residences for seniors in our community, it frees up housing stock in the wider community as family homes are placed on the market, allowing more people to move to the region.

“Projects like Pringle Village are absolutely vital for the Goldfields to expand and I’m delighted to support its expansion.”