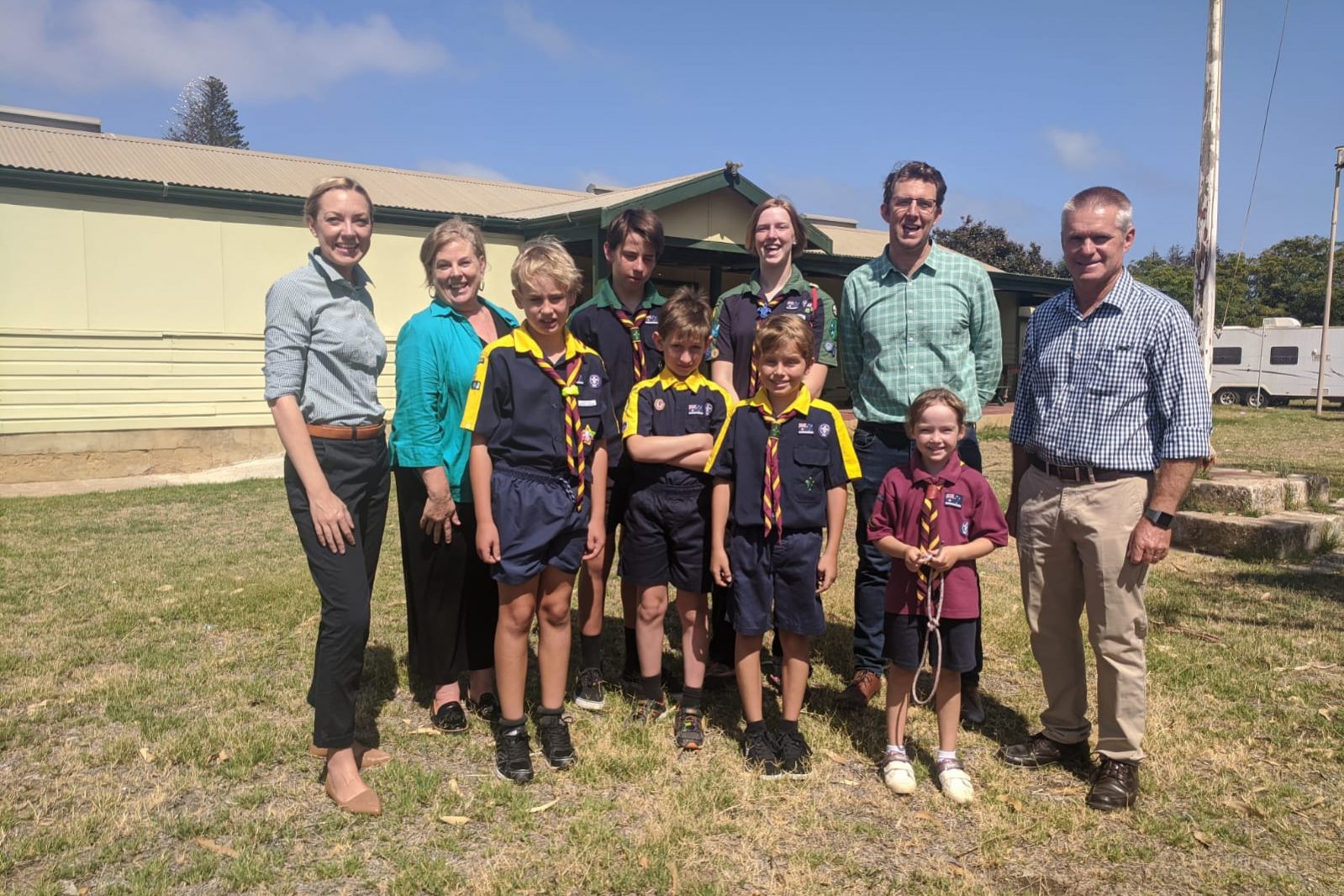 Member for Geraldton Ian Blayney has announced that the Geraldton Scout Group will receive $50,000 should The Nationals WA form Government in March, enabling the club to upgrade their premise on Sanford Street.

Mr Blayney said the current Geraldton Scout Group premise on Sanford Street dates back to 1958, when the building was purchased as an Air Force Hut after World War Two, and the existing stumps that hold the building up are damaged and need replacing.

“The club hold regular fundraising sessions, but most of the money raised is put to use managing the ongoing costs associated with the hall, such as utilities, insurance, registration fees as well as maintenance of trailers and boats, meaning the issue of restumping the hall still needs to be addressed,” Mr Blayney said.

“If The Nationals WA form Government in March this year, we will commit $50,000 to the Geraldton Scout Group to ensure they can successfully upgrade their premise to meet a standard our scouting families deserve.

“This funding will not only cover the cost of replacing the stumps, but will provide the club with additional funding to purchase new equipment and organise events that the whole community can enjoy,” he said.

“It will also take considerable pressure off the club to fundraise for building maintenance and instead allow them to be aspirational with fundraising towards new equipment and events which enrich the Scouts experience for Geraldton kids and their families.”

Having been an honorary scout for the last decade, Mr Blayney said he has always supported the Geraldton Scout Group and was disappointed with the Labor Government’s decision to remove Scouts participation from the KidSport program in 2018.

“Under the Nationals in Government, families who struggled to meet the costs of sporting and recreation club membership could access funding of $200 each year so their kids could remain active in their communities through Scouts,” Mr Blayney said.

“Just like our dedicated scouting children and their families, I was devastated when Labor denied children who are involved in Scouts the opportunity to apply for KidSport funding after the election and reduced funding to just $150 per year.”

“The Geraldton Scout Group are a resilient organisation who deserve to be listened to and supported by the State Government,” Mr Blayney said.

“The Nationals WA recognise the value that Scouts play in the community, teaching our children important life skills that will help to shape the people they will become.

“Community organisations that invest in our children and our community deserve to receive the best support possible and I will continue to work with Scouts Geraldton to safeguard their facilities and their investments into the future.”