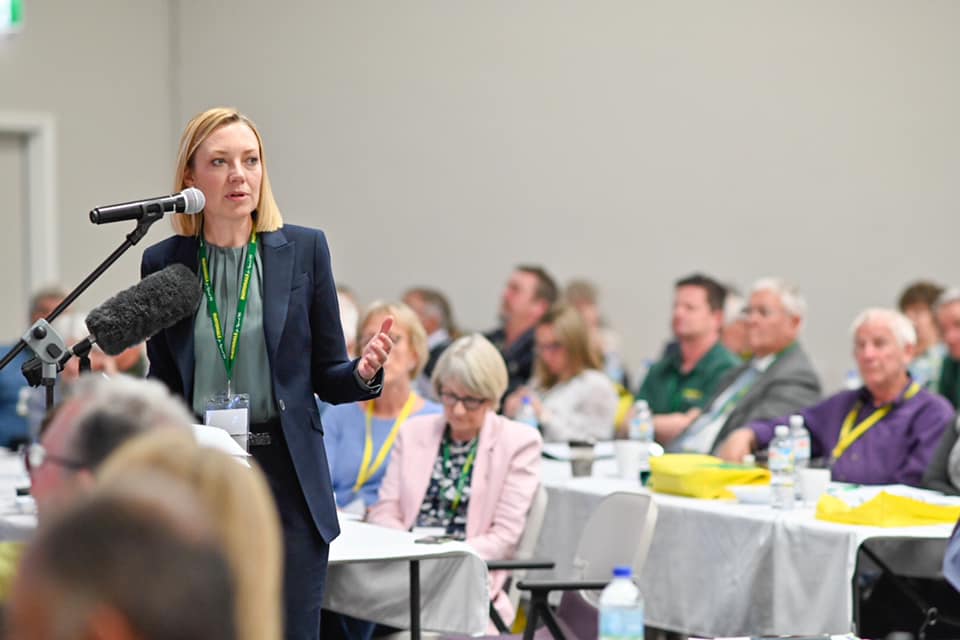 Delegates at The Nationals WA annual State Conference being held in Northam voted resoundingly to reject the McGowan Government’s push to silence regional voices in the State Parliament.

In an urgency motion moved from the Conference floor by Leader of The Nationals WA Mia Davies, the Party affirmed its intent to oppose Labor’s plan to slash regional representation as part of their electoral reform agenda.

Ms Davies said Labor was abusing the power gifted by the West Australian people at the March election and had denied people the opportunity to have their say.

“The Premier has treated the public with contempt and disdain, forging ahead with changes he denied were on the agenda just days before the election,” Ms Davies said.

“Their so-called expert committee was a farce – a group of academics that were hand-selected because they were ardent advocates for one-vote-one-value.”

Ms Davies said the Premier continued to peddle the line that reform was needed because the Daylight Saving Party was elected with just a handful of votes.

“There is no reason to conflate the two issues, one could have been dealt with without the other,” Ms Davies said.

“The Government’s argument is dishonest, disingenuous and it’s taken just six short months for them to become drunk on their own power.

“The message was clear from our grassroots members – we cannot support legislation that will widen the city-county divide, a divide our Party spends every waking hour trying to bridge.”

The State Conference unanimously called for a referendum to be held prior to the consideration of the proposed bill to ensure West Australians have their say on changes that will ultimately impact their representation in Parliament.

Ms Davies said the Party supported sensible reform to address the issue of people being elected with just a handful of votes but could not support a bill that also removed regional representation in the Legislative Council.

“Regional Labor MPs have abandoned their electorates to toe their Party line and they should be held to account for this betrayal,” Ms Davies said.

“People, families, businesses and communities across the State deserve better than a Labor Government that turns a blind eye to regional WA.”