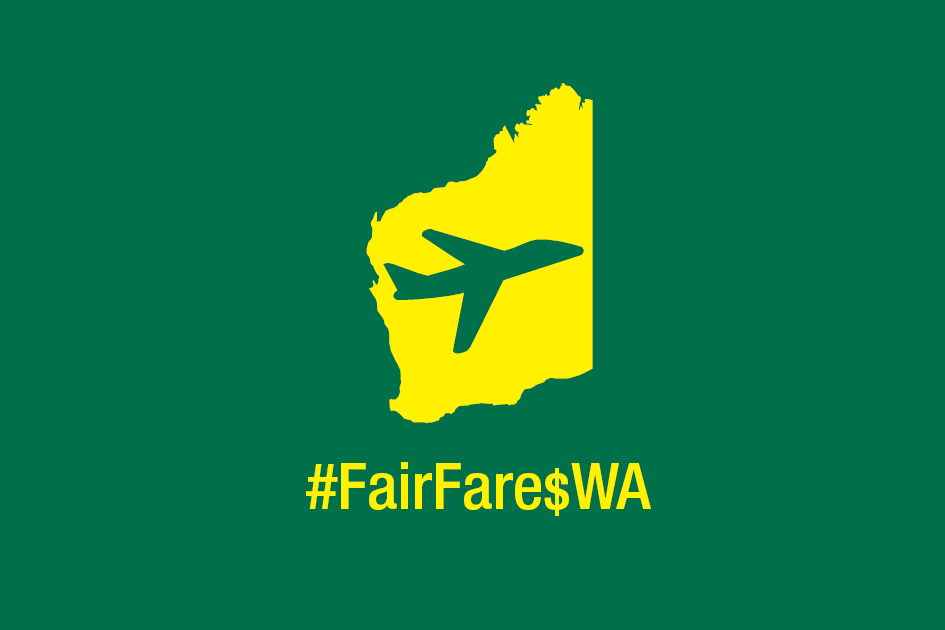 The Nationals WA say the recent announcement by Qantas to price cap one-way airfares from Karratha and Kalgoorlie to Perth only goes some way to acknowledge that people in regional WA are fed up with the high price they pay for air travel.

Transport and tourism spokesperson Vince Catania said the announcement was a step in the right direction but there was still a lot more to be done, including by the McGowan Government.

“People are saying – and quite rightly – that $800 for a return flight from Kalgoorlie or Karratha to Perth is way too much,” Mr Catania said.

“It goes no way to address the fact that most of these communities do not have the luxury of government-subsidised public transport and that air travel for many is an essential service for business, health and social connectivity.

“Other communities dotted around regional WA are still being slugged $1000 for a one way fare to or from Perth, which is totally unaffordable for the vast majority of people out there.”

Mr Catania said The Nationals were continuing the fight for a fairer deal for regional air travellers, including calling on the McGowan Government to subsidise regional airfares the same way public transport in the Perth metro area is subsidised.

He added that the McGowan Government was trying to take credit for the heavy lifting being done by local governments and regional communities to make regional air travel more affordable.

“The McGowan Government was quick to congratulate Qantas and claim the announcement as their win,” said Mr Catania.

“Yet for the two and half years the McGowan Government has been office, people in regional WA have been fobbed off and told they have to wait for the outcome of yet another review into regional airfares.

“Regional communities have now gone into bat for themselves to take action on the unfair cost of regional airfares, doing what McGowan has so far refused to.”

Mr Catania said that The Nationals WA had a long standing policy on making regional airfares more affordable and currently have a petition in circulation calling for #FairFaresWA.

“Around $1 billion of taxpayers money is spent each year on an operating subsidy for Perth’s public network, a figure that is forecast to double in the next few years,” he said.

“All the while people in regional WA continue to miss out on affordable transport despite the fact their taxes are helping subside trains, buses and ferries in the city.”

A copy of The Nationals WA petition is available at www.nationalswa.com/regionalairfares.