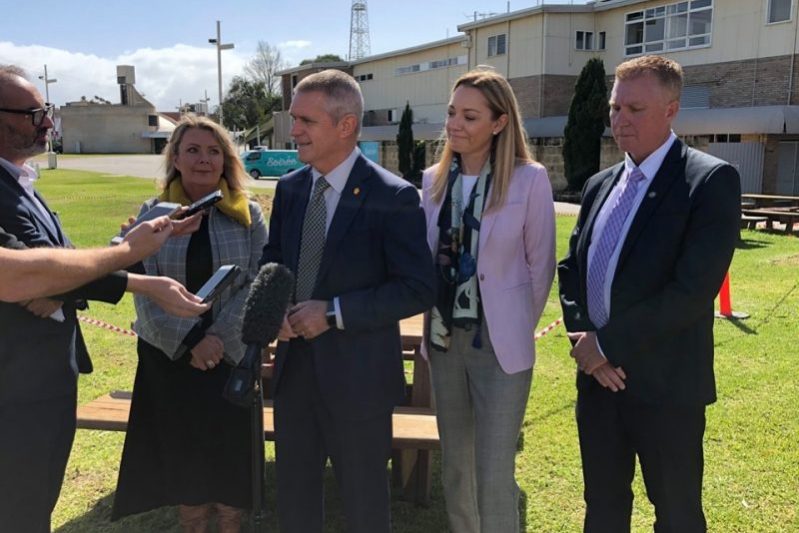 Geraldton MP Ian Blayney was endorsed by The Nationals WA as a
member at a meeting of the Party’s State Council today.

“Ian brings a wealth of experience as a regional Member of Parliament,
having represented the community of Geraldton for 11 years,” Ms Davies
said.

“He has a reputation of working hard and helping people in his electorate, no
matter what the issue, and this has earned him great respect in his local
community.”

President of The Nationals WA James Hayward said Mr Blayney had
engaged with the Party’s membership and worked through the application
process as anyone who applies to join the Party is required to do.

“Ian made it clear to our membership that he feels the issues and geography
of his electorate make him a good fit for The Nationals WA,” he said.

“The addition of an incumbent MP to our team, along with his deep
understanding of the Geraldton community, strengthens the ability of The
Nationals to represent regional WA.”

Mr Blayney said he would continue to work hard as a member of The
Nationals to address issues affecting Geraldton, the Mid West and broader
regional WA.

“Since being elected in 2008 I have been resolute in my objective to put the
best interests of Geraldton high on the agenda of WA’s Parliament,” he said.

“I will continue to work constructively with small business, not-for-profit
organisations, industry and individuals in the community I represent.

“I’m looking forward to the next chapter as the Member for Geraldton and
working alongside a parliamentary team focussed on regional Western
Australia.”