The Shire of Boddington will receive $171,569 in Royalties for Regions funding from the Watering WA Towns program to pipe water from the Boddington Dam to irrigate the town oval provide and provide an emergency back-up for watering livestock and firefighting.

Ms Davies, who welcomes the Shire of Boddington into her electorate at the March 2017 election, visited the town yesterday with Member for Wagin Terry Waldron MLA to go through details of the project with Shire Councillors and key stakeholders.

“The funding will allow the Shire to pipe the non-potable water from the disused Boddington Dam to a 375 kilolitre storage tank and install a standpipe to access emergency watering,” Ms Davies said.

“With a co-contribution of $77,569 by the Shire, the new water supply will reduce the Shire’s reliance on scheme water during dry periods resulting in estimated cost savings of up to $46,080 each year for the Shire and ratepayers.

“This is a great community project providing access to secure, reliable non-potable water for sporting grounds, parks and emergency purposes is vital to our regional communities, farms and businesses.”

Ms Davies said the Water Corporation had also committed to carrying out work to remedy the dam safety risks by reducing the spillway to create a reliable 70 megalitres of non-potable water source for the Boddington community.

Member for Wagin Terry Waldron MLA congratulated the Shire for prioritising water security for the community and its successful application for Watering WA funding.

“The project builds on the work carried out by the Shire last summer to allowed temporary and easy access to the dam for farmers wanting emergency water for stock due to the dry summer conditions,” Mr Waldron said. 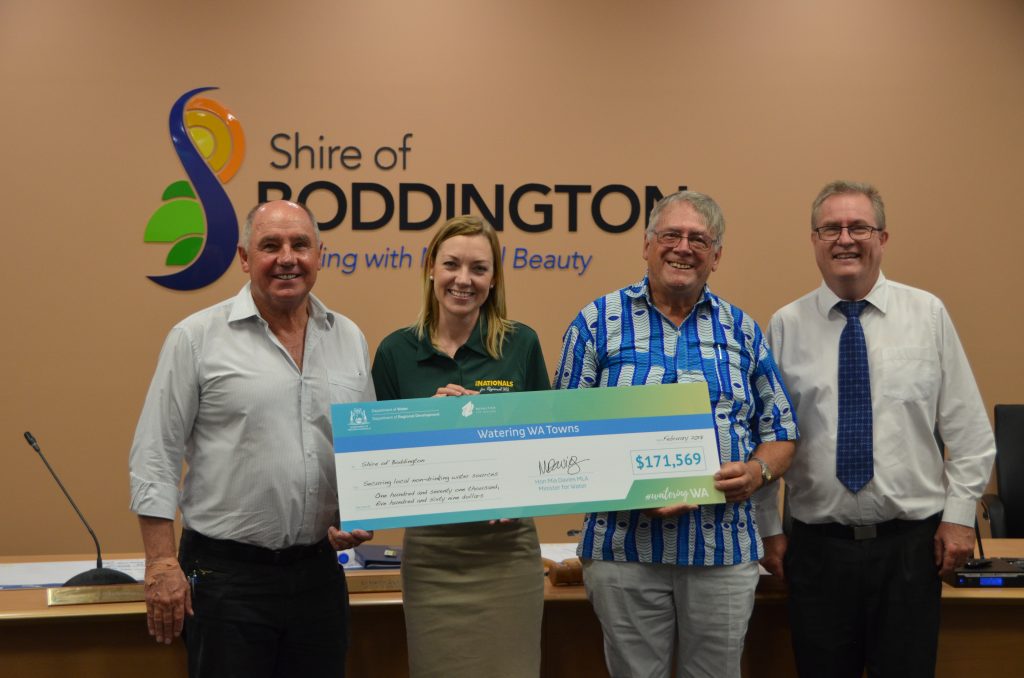