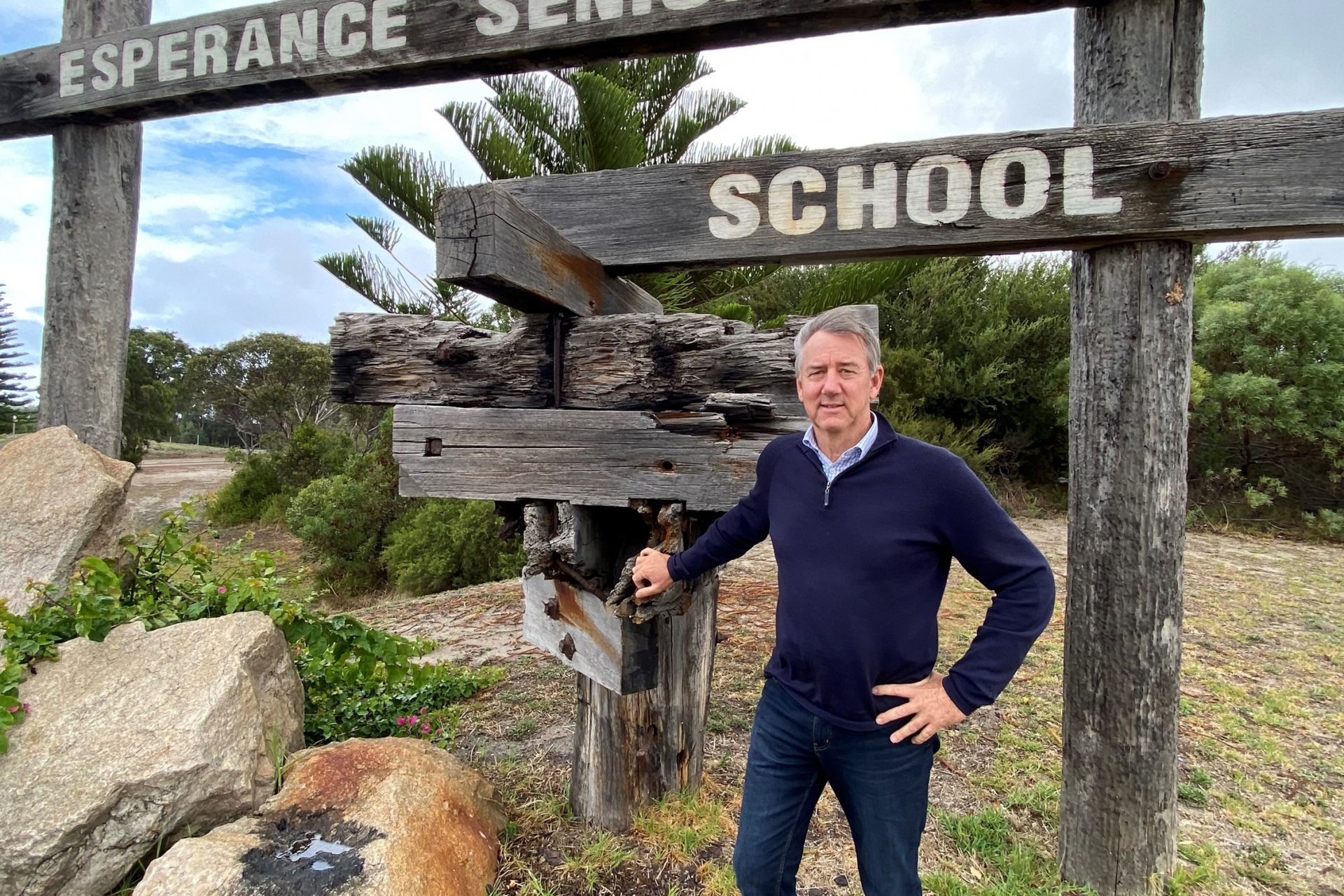 The Minister for Education and Training Hon Sue Ellery MLC has given the green light for development of a master plan for the Esperance Senior High School.

Speaking in Esperance, the Shadow Minister for Education & Training Peter Rundle MLA, said that the Minister had endorsed the development of a master plan for the school in response to community demands for action to rectify serious structural issues and upgrade facilities.

“I have written to the Minister regarding the state of the school, which is literally crumbling around the feet of staff and students,” Mr Rundle said.

Mr Rundle said that members of the school’s board had contacted him regarding the school’s sad state of repair, and that he had worked consistently to bring its condition to the attention of the Minister for Education.

He said that he was aware that the State Government was finalising plans to undertake a building condition assessment of all schools across Western Australia, and that the assessment would enable prioritisation of work on the State’s schools.

“But the people in Esperance have been given hope with the Minister’s support for development of a master plan,” Mr Rundle said.

In a letter to Mr Rundle, the Minister stated that there were currently no plans to develop a master plan for the Esperance Senior High School.

“If the Principal, Board and Parents and Citizens” Association would like to initiate a master planning process, they are able to do so,” Ms Ellery said.

Mr Rundle said that as a society, we expected students, teachers, and schools to perform to a certain standard.

He said that the school’s board had advised him that there were serious inadequacies in terms of facilities at the school, and structural issues which compromised the safety and amenity of students.

“It is unfair and unreasonable to expect students to be measured against others whose learning journey is less stressful on a day-to-day basis,” he said.