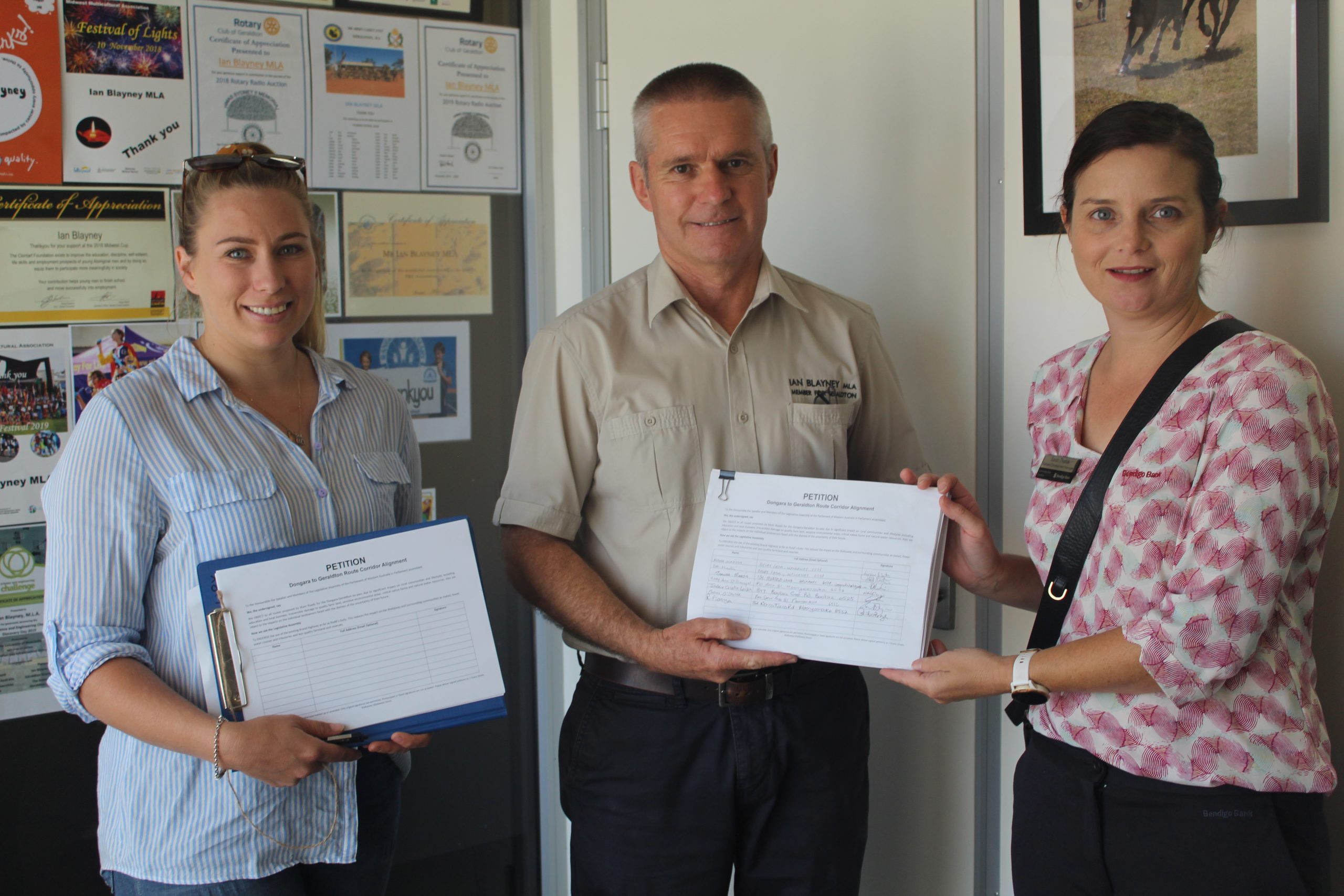 Member for Geraldton Ian Blayney is backing the Walkway community who have managed to rally up nearly 2000 signatures in support of a petition to oppose Main Roads’ preferred route for the Dongara to Geraldton bypass.

Yesterday Mr Blayney presented a petition containing 1809 signatures to the Legislative Assembly on behalf of the community who are requesting the Government endorse the use of the existing Brand Highway as far as Rudd’s Gully in relation to the southern section of the bypass.

“For such a small community, Walkaway residents have an extremely strong voice and have managed to collect over 1,800 signatures on the petition in just two weeks,” Mr Blayney said.

“Their hard work and dedication in organising this petition has been admirable and I am proud to represent a group of people who are exceptionally community focused.

“It’s great to see the petition has already prompted the Labor Government to extend the consultation period until the end of March, but it’s imperative the Minister provides more direct engagement opportunities for the community within this period.

Mr Blayney said members of the community have sought his assistance in requesting the Minister for Transport to meet with them face-to-face so they can discuss alternative options for the route.

“Having attended a very amicable community meeting in Walkway a few weeks ago, it is clear the community are committed to engaging with the Minister and her Department to ensure a more suitable route is chosen for the bypass,” Mr Blayney said.

“Landowners in Walkaway and Allanooka want the Minister to visit their homes to see first hand how the bypass would affect their families and livelihoods, as well as having the opportunity to highlight the devastating effects for their tight-knit community.

“It’s disgraceful that this lack-lustre Labor Government are refusing to directly engage with these individuals despite their attempts to contact her. I have therefore also written to the Minister on their behalf asking her to consider visiting Walkaway to meet with constituents directly, at her earliest convenience.

Mr Blayney has encouraged Walkaway residents to continue to collect signatures throughout the summer for a similar petition to be presented in the Legislative Council next year.

“I have issued the bypass opposition group with another petition intended to be presented in the Upper House when Parliament resumes next year,” Mr Blayney said.

“This is an issue we cannot afford to give up on, and another petition presented in the Parliament will again serve to reinforce the community’s voice against Main Roads’ preferred route.

“A petition in the Legislative Council will also be passed to a committee who will investigate the issue further, ensuring more Parliamentary scrutiny.

“It’s ridiculous that upgrades to the Brand Highway as far as Rudd’s Gully were not considered as part of the Alignment Selection Study and I will continue working with the community until this route has been thoroughly considered by the Minister and her Department.”