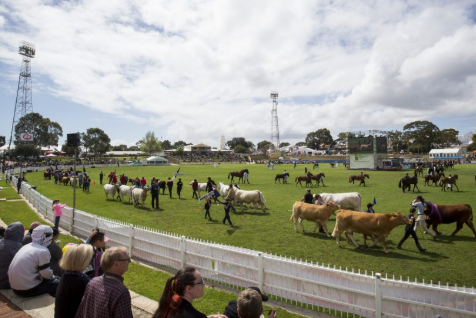 Mr de Grussa said he was deeply concerned to learn criminal activists will be protesting at one of the state’s most significant family events that attracts hundreds of thousands of people each year.

“The Royal Show provides a fun day out for families and plays a vital role connecting metropolitan people to the positive accomplishments of WA’s agricultural sector,” he said.

“It’s an important event for the whole State, which threatens to be tarnished and disrupted by the presence of criminal activists who want to shut down our $8 billion agricultural sector.

“Many of them have already been charged and convicted of trespass, while others remain before the courts on more serious matters, including alleged charges of aggravated burglary, possession of weapons and stealing livestock.”

Activism activity in WA has increased dramatically this year, leading to concerns about the risks posed to animal welfare, biosecurity and safety of those participating in or subject to this behavior.

Mr de Grussa said WA taxpayers had a right to know who would be footing the bill for extra security or police presence required to ensure activist activity doesn’t threaten their safety.

“A number of these activists have bail conditions imposed which forbid them from being in the vicinity of farms or abattoirs, but nothing has been done by the WA Police Minister to prevent them attending and disrupting WA’s largest agricultural event,” he said.

“Families and show goers have a right to know they will be safe attending this popular event, that their children won’t be exposed to potentially criminal behavior and that adequate responses will be put in place by authorities.”

Leader Mia Davies said The Nationals WA had been calling on the McGowan Government to introduce tougher penalties for activists that continue to flout the law for more than eight months.

“The Minister for Police and the Attorney General have let down the agricultural industry and broader community time and time again by failing to introduce any new legislation,” she said.

“They must be held accountable for any incidents that occur at the Royal Show as a result of their inaction.

“It’s not fair for this year’s show goers to feel they are being put at risk or worse, choose not to attend because of the threat these activists pose on the safety of their families.”