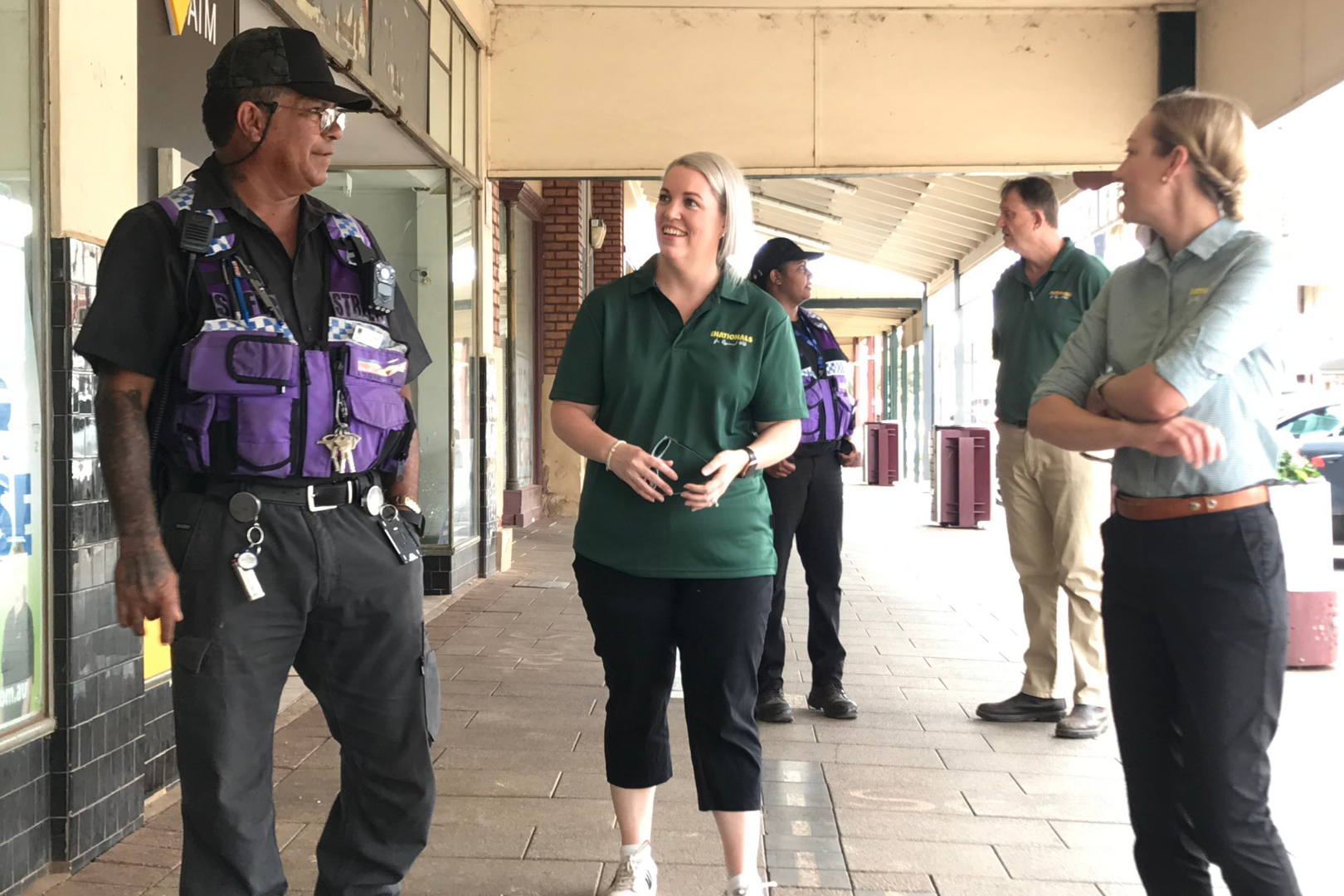 The Nationals WA will prioritise community safety in the Goldfields, with Leader Mia Davies and candidate for Kalgoorlie Rowena Olsen pledging $1.4 million to expand the Safer Streets Patrol.

Ms Davies said The Nationals were committed to reducing antisocial behaviour in Kalgoorlie-Boulder and supported initiatives like the Safer Streets Patrol.

“Introduced in 2018 by the City of Kalgoorlie-Boulder the Safer Streets Patrol is curbing antisocial behaviour by maintaining a presence on the streets, deescalating conflicts and disturbances and providing information to WA Police on incidents,” Ms Davies said.

“Our $1.4 million commitment, funded by Royalties for Regions, will allow the program to expand with an additional four patrollers, allowing a more visible presence in the streets and more capacity to respond to incidents or provide assistance.”

“Curbing antisocial incidents through a proactive program like Safer Streets means locals and visitors are more likely to be out and about, supporting local businesses, attending events and generating a sense of community pride,” Ms Davies said.

Kalgoorlie candidate Rowena Olsen praised the Safer Streets program and the patrollers for the work they do in assisting community members and businesses.

“Beyond their role in reducing antisocial behaviour, patrollers undertake a variety of tasks including administering first aid when required, acting as an information point for community members, and helping to remove litter and graffiti,” Ms Olsen said.

“Residents, visitors and businesses tell me they feel safer because of the work of the Safer Streets patrol who are keeping the streets clean and clear from intimidating behaviours.

“The great work of the Safer Streets patrol also frees up WA Police resources to respond to more serious incidents, rather than nuisance behaviour.

City of Kalgoorlie- Boulder CEO John Walker said the Safer Streets patrols are one of the best initiatives the City has introduced.

“They make shoppers, shopkeepers and the general public feel safe. Helping our residents feel safe in our City is one of the most important things we can do.”

“This policy of The Nationals WA to support the City with a doubling of the personnel and a doubling of the time the Street Patrol is out there is welcomed. To be able to spread our work hours to around 18 per day and to extend our patrols beyond the CBD would be great.”