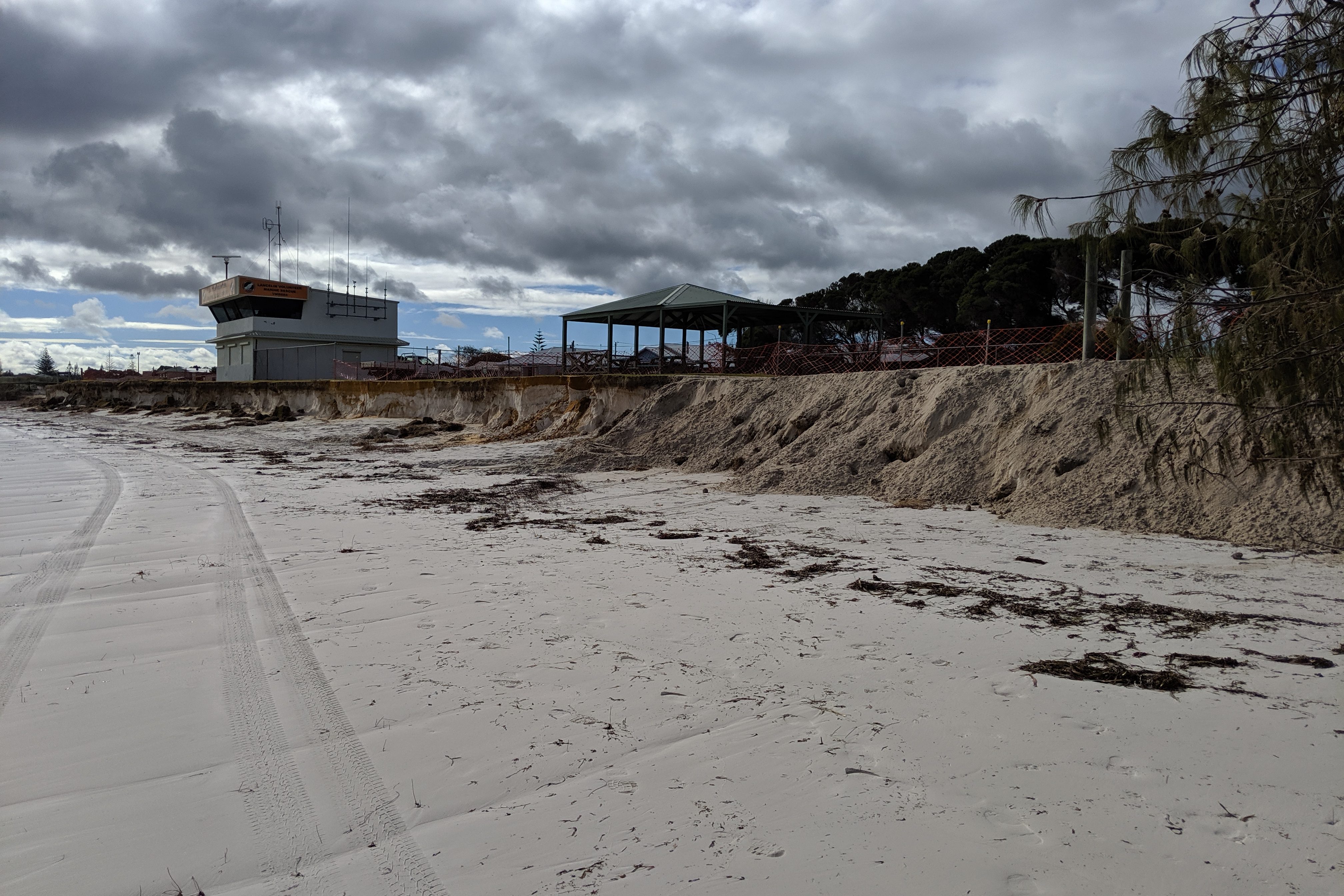 Moore MP Shane Love has urged the State Government to work with the Shire of Gingin on coastal erosion issues, following a Shire decision not to build a geo textile sea wall at Lancelin’s Grace Darling Park.

Mr Love said the Gingin Shire had earlier agreed to call for tenders to build a 300 metre long sea wall in the vicinity of Grace Darling Park but at the Shire’s last meeting on 15 October, councillors agreed to withdraw this decision.

“Council have acknowledged the need to work with State government departments to treat this problem rather than build a temporary sea wall structure at a cost of $1.2 million,” Mr Love said.

“The Gingin Shire will focus on sand nourishment for now, using local sand where possible while an Inundation study is completed.

“The proposed geotextile sea wall was not a complete solution and the Shire would have to look at ongoing sand nourishment in front of the wall to maintain the beach at an additional cost of $1 million over the next 20 years.”

“Acknowledging this, the Chittering-Gingin branch of the Nationals WA took a motion to its State Conference last weekend, calling on the State Government to note the increasing impact of coastal erosion on private and public land and to introduce legislation in relation to coastal zone management and allocate appropriate funding to address coastal hazards,” Mr Aldridge said.

“The burden of managing coastal hazards should not fall to Local Government and ratepayers. This is a state-wide issue that the State Government should stop studying and start acting upon in the interest of all West Australians as well as our unique coastal environment.”

Earlier this year, the Department of Transport released a report, Assessment of Coastal Erosion Hotspots in WA which detailed 55 hotspots across the state – 40 of them in regional WA.

Three of the listed hotspots – Grace Darling Park, Ledge Point and Seabird – are located in the Gingin Shire.

Mr Love said it was clear Labor were not interested in the regions – Minister Saffioti had confirmed that the government’s priority coastal erosion hotspots were Port Beach in Fremantle and Thomson Bay, Rottnest Island.

“Eight of the erosion hotspots are in my state electorate of Moore and I would think it makes sense to use unspent Royalties for Regions funds to address the regional hotspots where coastal communities are under threat,” he added.