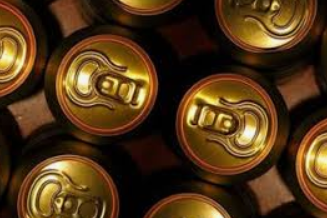 The Nationals WA Deputy Leader Jacqui Boydell has welcomed news the long-awaited Banned Drinkers Register trial could finally be rolled out in the first quarter of this year.

“It is no secret alcohol-related harm is a massive issue in the Pilbara and there is clear government and industry agreement a banned drinkers register is the most sensible way forward,” Ms Boydell said.

“The Police Commissioner has recently reapplied for blanket liquor restrictions across the North West, however, history has indicated this method is unsupported by residents and industry.

“Indeed results from studies of other communities that have experienced similar bans indicate sometimes there are higher levels of harm.

“I understand our hardworking police force bears the brunt of the front line impacts alcohol misuse causes, and I support Commissioner Dawson’s goal to reduce the abuse of alcohol, but I feel this is best done by implementing a banned drinkers register as soon as possible.”

Ms Boydell said the missing piece of the puzzle in the conversations around this topic are the wrap-around services so essential to helping those with alcohol issues.

“There will be much greater success if those placed on the register are offered ongoing support, counselling and assistance as they work through a recovery period,” she said.

“Without a massive boost to services on the ground in all of these communities the cycle of harm and abuse is likely to continue, even if the banned drinkers register trial is a success.

“Minister Papalia made it very clear this will be an industry funded initiative, meaning that it will not cost the government a cent – it is the Liquor Stores Association who will carry the burden.

“The McGowan Government recently announced a mid-year budget surplus of $2.6 billion, and we know there was a $319 million underspend of Royalties for Regions funding in the last budget.”

“I would hope that the Premier, along with Minister Papalia will see fit to reinvest some of that money into on-the-ground support services in the regions to enable those with alcohol abuse problems to get their lives back on track in 2020.”