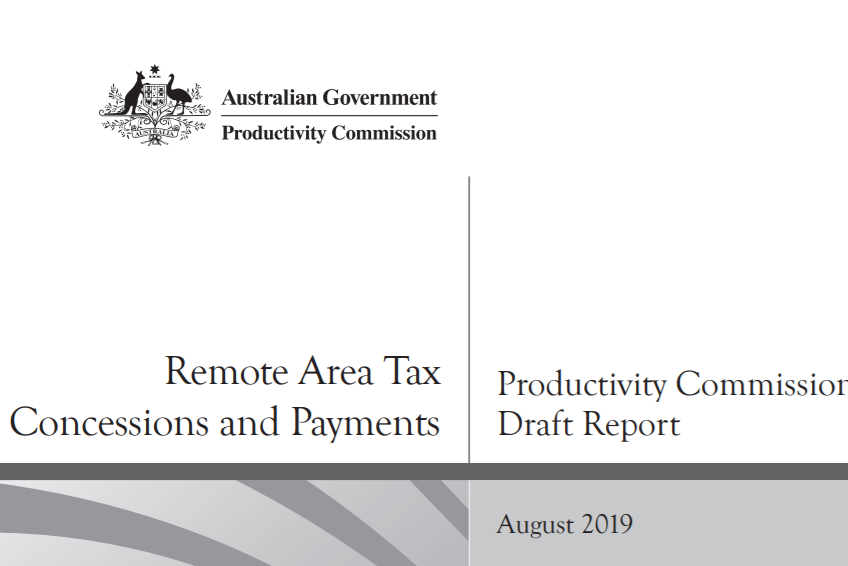 Ms Boydell, who is also Member for the Mining and Pastoral Region, said the draft report made several recommendations that will heavily impact many Pilbara residents.

Of key concern is the suggested removal for incentives for families to choose to live residentially.

“Those incentives play a large role in making living in the regions an attractive option for families. The Productivity Commission’s suggestion that these incentives be removed flies in the face of any real regional development agenda.”

“If the recommendations in this report are adopted the Federal Government are clearly demonstrating they do not have a regional development agenda which would be exceptionally disappointing.

“As they stand the recommendations will have a greater impact on residents already living in the regions while not impacting on the FIFO workforce model.”

The Productivity Commission are approaching this with a purely monetary view. There is always a cost to regional development and the benefits generally far outweigh the costs, as evidenced by the many regional centres driving the nation’s economy”

Ms Boydell said travel support schemes importantly allowed people who move regional to stay connected to friends and family elsewhere in the state while living in communities – particularly in the Pilbara – responsible for driving the nation’s economy.

“I do not support the abolition of these concessional schemes, which enhance and support people living in the regions and encourage others to do the same.”

Ms Boydell said she took particular issue with a Productivity Commission statement that: “There is no general role for Government to compensate taxpayers for the disadvantages of life in particular areas”.

“That is an outrageous statement and sends a message to rural and regional West Australians that they are not valued, despite taking on cost of living imbalances and associated challenges of living in the bush,” she said.

“Government absolutely has a role to play enticing people to live and work in the regions. One way to do that is to offer tax concessions and other packages to make regional living more attractive.”

Ms Boydell said it was important for regional people and businesses to provide feedback on the draft report before submissions close on 11 October 2019.

Visit https://www.pc.gov.au/inquiries/current/remote-tax/draft to have your say on the proposed changes.