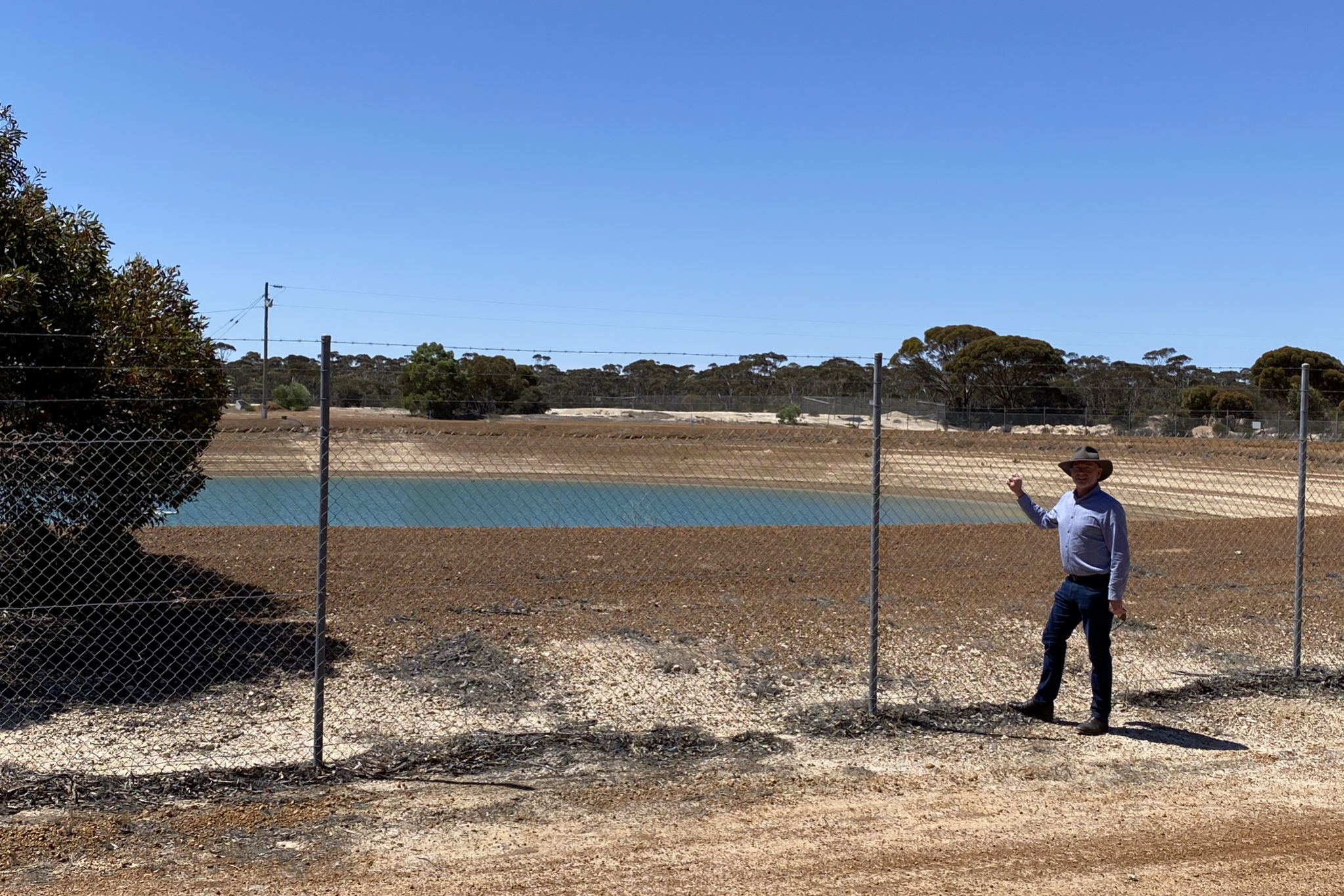 Water deficiency was also declared in the Jerramungup North area, and water will begin to be carted to the two locations from tomorrow.

Mr de Grussa said he was relieved the farmers in Grass Patch were getting support.

“Farmers came to me looking for help a few months ago, and they were extremely concerned they would run out of water entirely before Christmas,” Mr de Grussa said.

“I’ve been lobbying the State Government to provide access to water for those farmers, and I’m pleased to have been able to assist the Grass Patch community.”

The official water deficiency declaration came after the Shires of Esperance and Jerramungup made applications on behalf of 12 and 19 farmers respectively suffering severe water shortages.

Mr de Grussa said the State Government had an obligation to ensure adequate stock water supplies to farmers across the state struggling in dry conditions.

“Our farmers are incredibly resilient, and they always push through when the going gets tough,” Mr de Grussa said.

“However, they do need a hand up, and the State Government needs to be there to support those who feed and clothe us when they need help.”

“Things are only going to get tougher for our farmers as we head in to summer, and I believe there’ll be more water deficiency declarations to come,” Mr Rundle said.

“The State Government need to be prepared to cart more water to the dry parts of the state.”

The State Government has requested that farmers supported by the declaration work together to ensure the volume of emergency water taken is shared equitably, and enough is available for everyone to maintain stock welfare.