December swimming program back on for 11 country towns 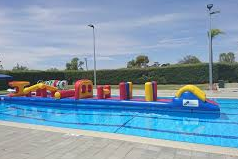 A campaign spearheaded by The Nationals WA to reinstate VacSwim classes to several regional communities has triumphed with the Education Minister forced into another embarrassing backflip.

But after a wave of protest from families, local governments and The Nationals WA, a December program has been reinstated to Beverley, Brookton, Eneabba, Kellerberrin, Koorda, Morawa, Nungarin, Quairading, Three Springs, Wickepin and Williams.

Leader and Member for Central Wheatbelt Mia Davies said removing the popular Country Early Start VacSwim program without consultation was cruel and showed the McGowan Government was out of touch with issues faced by families in regional areas.

“It is unfair to expect parents to make 100km or longer round trips to neighboring towns so their children could access swimming lessons,” Ms Davies said.

“The transport costs borne by families would have come on top of a 122 per cent increase in VacSwim participation fees imposed by the Government in last year’s State Budget.

Ms Davies welcomed the compromise for the 11 communities but said the Minister could have offered a December program across the State.

“All communities had their early program removed, leaving families with limited options in January,” she said.

“We know aquatic education for rural kids is vitally important, particularly after the National Drowning Report 2019 concluded people in regional and remote areas are 2.3 times more likely to drown than those in metropolitan areas.”

Education and sport and recreation spokesperson Peter Rundle, who has communities in his electorate affected by program cuts, said the bungle was another example of the Minster’s incompetency.

“For the Minister to make access to VacSwim harder rather than make it easier is evidence of another thoughtless decision,” she said.

“It echoes of the botched job she did trying to shut down Schools of the Air, Moora Residential College and her privatisation of regional camp schools.

“VacSwim lessons have been an important part of WA’s education and recreation for 100 years. Trying to shift and close programs by stealth was never going to get past families living and working in our regional communities.”