The recognition of the Earbus Foundation in the 2016 Regional Achievement and Community Awards is well deserved because of the important role it has played in parts of regional Western Australia in delivering healthy ear solutions for young aboriginal children, according to the Member for Kalgoorlie, Wendy Duncan.

The Earbus Foundation took out the category of Prime Super Community Group of the Year Award.

“In the Goldfields the Earbus has a tremendous impact, visiting Menzies, Leonora and Laverton as well as Kalgoorlie and surrounding areas and is making a significant difference to the lives of those suffering with middle ear infection,” Ms Duncan said.

Aboriginal children have a rate of middle ear infection ten times that of non-indigenous children making them the worst for ear health of any people in the world.

“In some communities, the rate of ear disease is over 80% causing avoidable hearing loss in early childhood that puts their learning in home, community or school settings at significant risk and greatly impacts their lives.”

“I have seen firsthand what the team in the Earbus has achieved at East Kalgoorlie Primary School, with the teachers telling me that it has made a huge difference to the kids’ ability to concentrate and learn,” Ms Duncan said.

“There is now well supported research that indicates if kids can’t hear, they can’t cope at school which often leads to them dropping out, misbehaving or, even worse, finding themselves in the justice system.”

The Earbus Foundation also works in close partnership with Bega Garnbirringu Aboriginal Medical Services using Aboriginal health workers, nurses and dispensary staff to complete the clinical team and ensure that children identified with problems are treated and followed up to ensure they stay well.

This has resulted in the prevalence of ear disease being reduced to World Health Organisation guidelines and below.

“The Earbus program tackles head on the mammoth task of screening, preventing and treating middle ear disease amongst Aboriginal children and I congratulate them on achieving this success at these awards that recognise excellence in our regional areas.”

“The Earbus program should be expanded to cover the whole State,” Ms Duncan said. 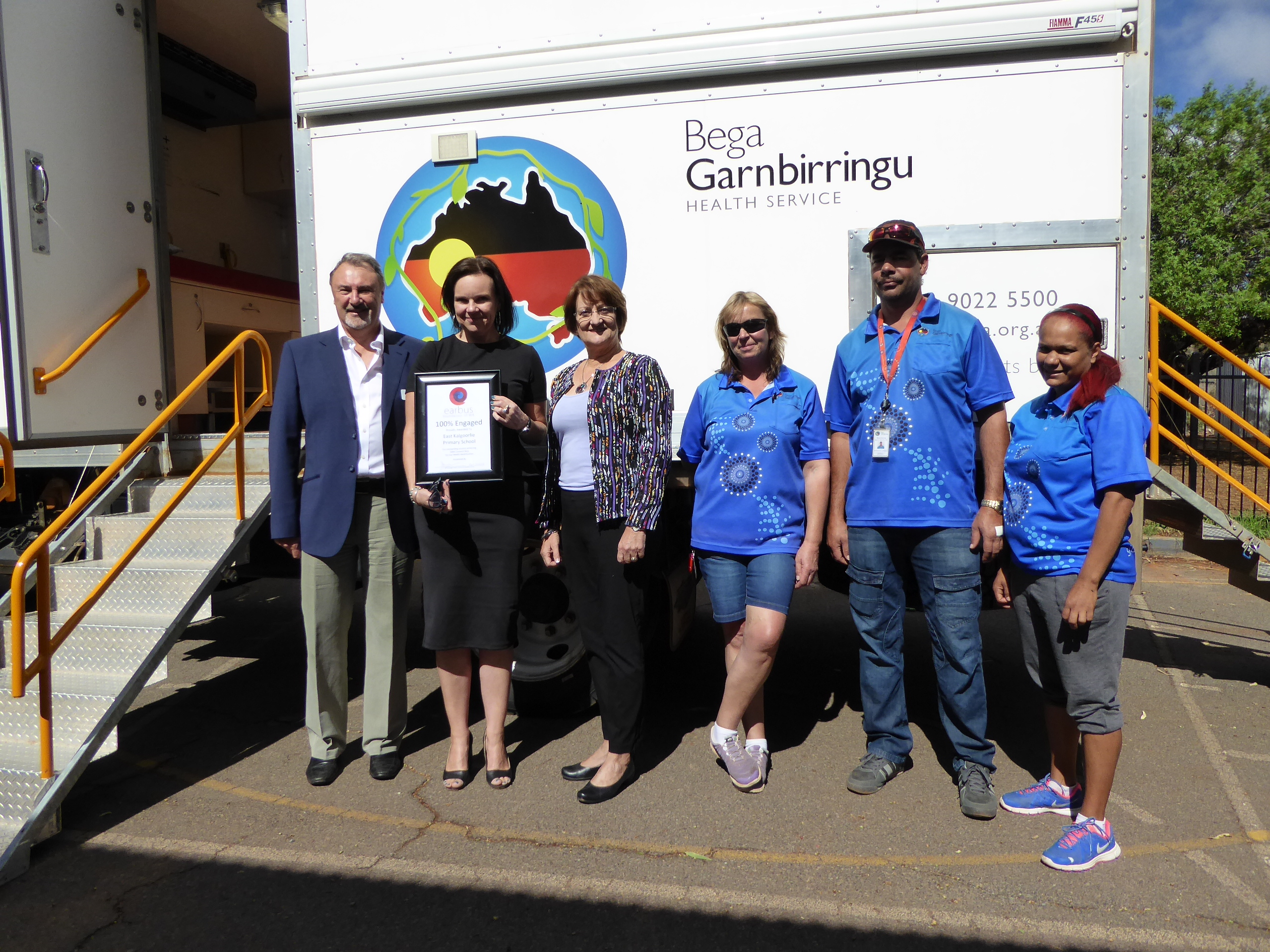