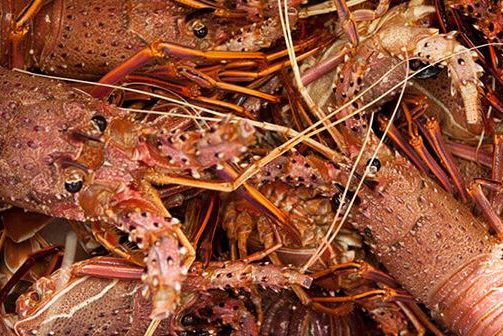 Member for Geraldton Ian Blayney has accused the Fisheries Minister of ignoring the commercial western rock lobster industry following his failed bid to take 17 per cent of the catch quota from fishers earlier this year.

Questions asked of the Minister in Parliament yesterday revealed he had not personally met with the Western Rock Lobster Council since he backflipped on his quota stealing plan amid much furore, instead sending in department staff to front the peak representative body.

Mr Blayney, who is The Nationals fisheries spokesperson, said the Minister needed to explain why industry was being forced to wait for levy money collected from managed fishery license holders.

“The Western Rock Lobster Council hasn’t heard from the Minister despite having sent correspondence on more than one occasion dating back to June,” he said.

“Working through licence security means a lot to fishers and the unreturned levy money would be used to support activities such as research, MSC accreditation, promotion and improving occupational health and safety standards.

“It seems to me a classic case of sour grapes. The Minister didn’t get his way and has since shown the industry – which is worth half a billion dollars to WA’s economy annually – nothing but contempt.”

Western rock lobster is the largest wild caught commercial fishery in WA and is concentrated around Geraldton and the Mid West coast. In 2000 it became the world’s first Marine Stewardship Council-certified ecologically sustainable fishery.

An ACIL Allen report in 2017 found the fishery was worth $505 million to WA’s economy annually and employed more than 2400 people directly and indirectly.

Mr Blayney said the Minister must recognise the industry’s value and hoped he would accept an invitation to a cross-industry roundtable event being planned by the WA Fishing Industries Council in the near future.

“The event will provide an ideal opportunity for fisheries groups, including the Western Rock Lobster Council, to map out their strategic directions to Minister Kelly,” he said.

“He needs to front peak bodies not shun them and establish a productive relationship to ensure this valuable natural resource and industry continues to flourish.”