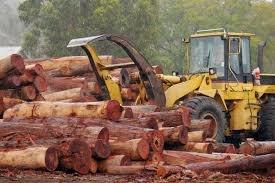 Member for Warren-Blackwood, Terry Redman has been shocked at the State Government’s intervention to close down a legitimate jarrah harvesting operation in the Dalgarup Forrest near Bridgetown at the behest of a few protestors.

The Ministers for Forestry and the Environment have interfered at the highest levels in an approved business arrangement despite its own government approvals to undertake the logging in a forest coupe where no old growth was identified.

“It appears that the trade-off for the environmental vote has blurred the Minister’s actions and as a consequence contractors and equipment now stand idle,” Mr Redman said.

“Forest Alliance protesters are not about engaging with the sector to reinforce sound and agreed sustainability practices, they want to shut the industry down altogether and that means the jobs and economy that comes with it.

“The decision also comes hot on the heels of a recent decision by the Minister for Forestry to cut all two-tier Karri forest coupes out of the current harvest plan for no apparent reason, other than to court a handful of protesters  before the next election.

“Western Australia is leading the nation in forestry management standards including the identification and protection of ‘old growth’ forest.  Only a fraction of one percent of available forest is open to harvesting each year; reinforced by a statutory forest management plan backed by science.

“This Ministerial intervention is a huge snub to their own agency staff who have established processes to identify and manage the protection of old growth forest.

“Ministerial interference of this magnitude is now spreading ripples of uncertainty across a sector which according to Minister Kelly’s agency, Forest Products Commission, is contributing over a billion dollars to the State’s economy and employing in excess of 3,000 jobs.    It is deeply concerning that the decision comes in the economic shadow of COVID-19 when the Government needs to be sending positive economic signals.”

Terry said that he would continue to stand up for the forest industry in his electorate.