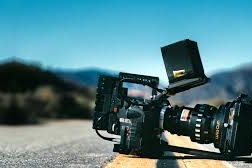 After repeated requests from The Nationals WA, the Labor Government has finally announced it will invest $16 million over four years into the WA Screen Fund, previously known as the Western Australian Regional Film Fund.

The Nationals’ culture and the arts spokesperson Colin Holt, a key figure in developing the Creative Regions program funded by Royalties for Regions (RfR) in the previous Government, said Labor had “gone quiet” on regional arts funding, including the future of regional film investment over the past three years.

“Championed by The Nationals, the $24 million program, Creative Regions, was one of the biggest investments in regional culture and arts made by a government in Australia,” Mr Holt said.

“But sadly this program, along with others, including the WA Regional Film Fund, has been in doubt in recent times.

“As we continue in a COVID-19 recovery stage, the creative economy also needs to be rebooted with funding such as this.

“Films and TV production will create increased tourism and employment in local communities while meeting domestic and international demand in the market.

“WA is seen as a safe place given our COVID-19 statistics and we need projects such as those generated by culture and the arts to help kick-start the State’s economy. The benefits of filming projects in regional WA are boundless.”

Mr Holt said the movie ‘Breath’ was filmed entirely on location in the Great Southern, supported an estimated 150 jobs during production and the region’s economy was boosted to the tune of $5.6 million.

“The Government continues to syphon $1.6 billion of Royalties for Regions to pay for regional water and sewage subsidies, school buses and other core government services which were never intended to be funded by RfR,” he said.

While this happens funding into the culture and the arts will continue to suffer.”