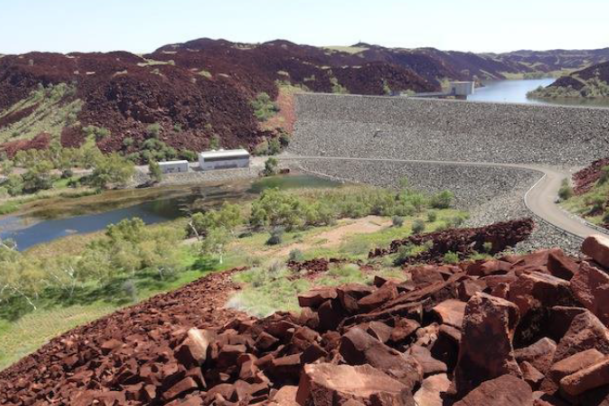 It is well known the West Pilbara Water Scheme is heavily dependent on regular recharges from rain events, normally associated with cyclones.

However, like much of Australia, the Pilbara is experiencing an extended dry spell with the long-term rain forecast looking far from promising.

In response to questions in Parliament this week, Minister Kelly said the current Millstream and Bungaroo water sources are capable of supplying the West Pilbara Water Supply Scheme for the next 12 months.

“The Minister for Water admitted only 6 of the 12 bores in the reserve are currently in working order, with 4 of them offline due to salinity issues,” Ms Boydell said.

“One can assume the salinity issues arise from over drawing from the water table.”

“We know the Pilbara depends heavily on rain events normally associated with tropical lows or cyclones and this year the Bureau of Meteorology is forecasting a below average number of cyclones which doesn’t bode well for a recharge of both the Harding Dam and Millstream Aquifer.”

With major industries in the region and a heavy reliance on potable water, it is prudent the State Government considers options for a desalination plant to ensure supply.

“I would like to see Minister Kelly having that discussion with industry and starting some feasibility studies into securing a desalination plant to service the West Pilbara in dry times,” Ms Boydell said.

“It is extremely short sighted and downright irresponsible to be looking only 12 months into the future when we are talking about secure and stable water supply for the engine room of our economy.

“Given the Pilbara region is looking at a further period of growth, a secure water supply should be top of the McGowan Government’s priority list, but this, along with the long promised and yet-to-be seen Water Legislation reform, we can assume Minister Kelly has again dropped the ball.”