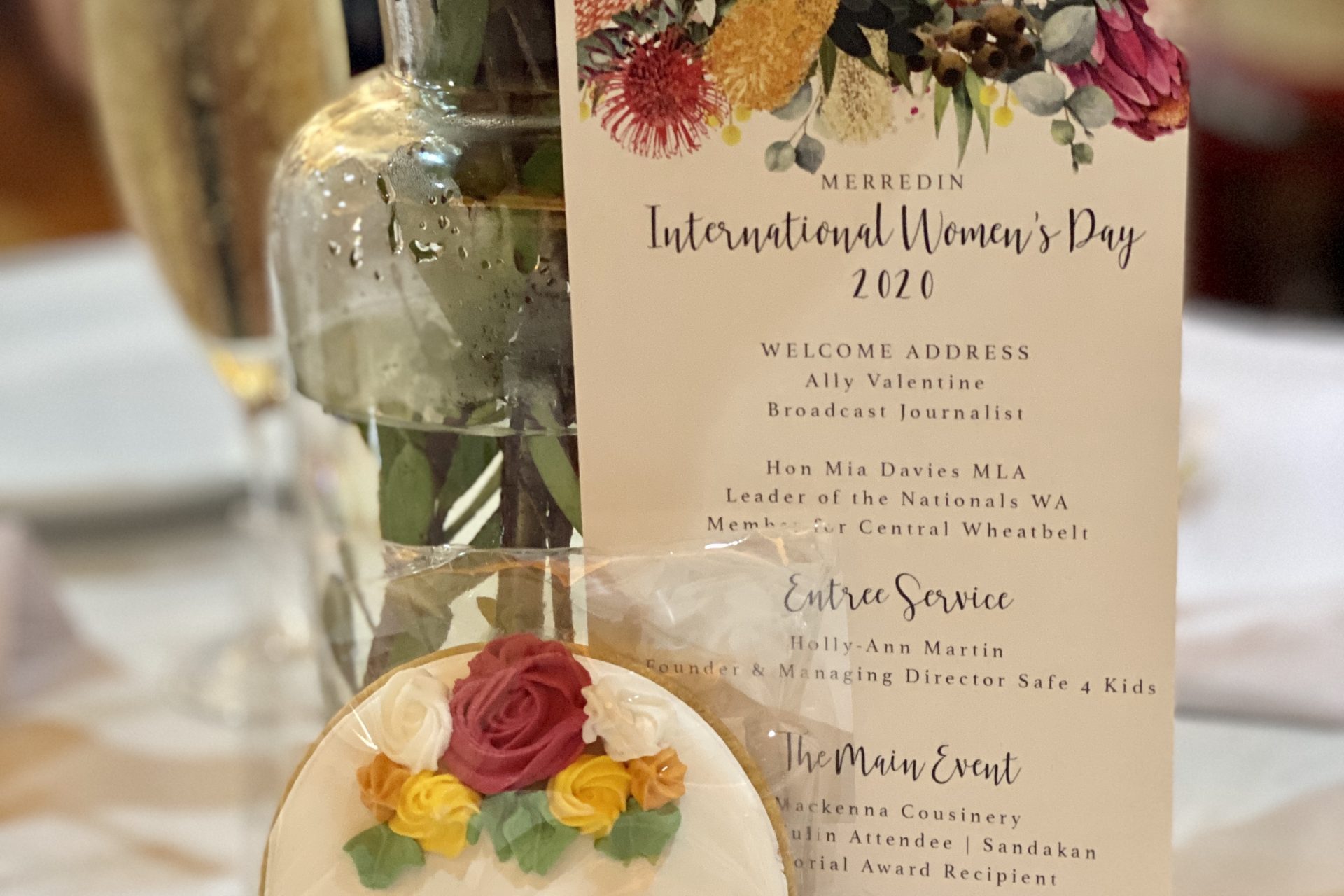 Leader of The Nationals WA and Member for Central Wheatbelt Mia Davies marked International Women’s Day (IWD) with a speech urging women to look for opportunities to champion, advance and support women in their own communities.

“This year’s theme – each for equal – is calling for everyone to actively choose to challenge stereotypes, fight bias, broaden perceptions, improve situations and celebrate women’s achievements,” Ms Davies said.

“International Women’s Day gives us all a moment to pause and assess whether we’re making progress in the pursuit of gender equality, and what more needs to be done.”

Ms Davies, speaking at the Merredin IWD Long Table Lunch, said statistics compiled by United Nations Women painted a stark picture of the progress made despite increased awareness of the importance gender equality.

She said the report showed that representation of women in politics, science, culture and the arts, journalism, sport and business was still low and there was more work to be done.

“For example, while women’s political representation globally has doubled in the last 25 years, yet this only equates to one in every four parliamentary seats being held by women,” she said.

“This is not representative of our communities, and we’re missing the benefits of having a diversity of decision makers setting the agenda for the State.”

In relation to gender equality in science, she said the UN Women project highlighted that the Nobel Prize had been awarded 900 times since 1901 and only 53 of those were to women.

“You may ask why we care about women being recognised for scientific excellence, and to that I’d say think about medical research.

“For decades, clinical research was done solely or largely on men by men and the results extrapolated to women, despite obvious differences in hormones, physical traits and metabolism that skewed results.

She said she understood it was wearing and difficult at times to be the only person in the room raising issues of bias, inequality, or calling out sexism.

“We all wish for a day when we can be done with this conversation and just get on with the job – but we’re not there yet.

Ms Davies said that if everyone found opportunities to elevate the women around them then girls in the community wouldn’t question their own ability or right to succeed.

She congratulated Merredin’s Kerry Kretschmer for hosting another amazing event and thanked the three exceptional women who shared their life journeys saying this was one important way to help create positive change.