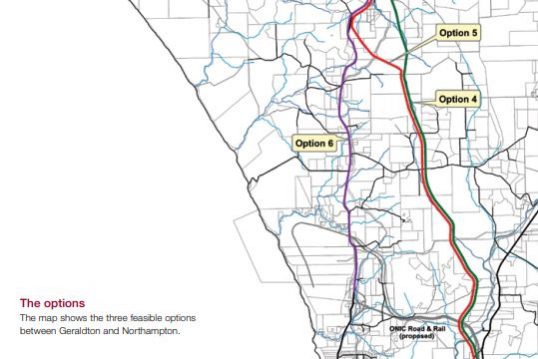 Local Member for Geraldton Ian Blayney is calling on the State Government to make both the Geraldton and the Northampton bypasses top priorities to boost local economies reeling from the impacts of the COVID-19 outbreak.

“The project can be built in stages so it makes sense to start in Northampton, do some sections of straightening and then go south whilst also making a start on the Oakajee Narngulu Infrastructure Corridor,” Mr Blayney said.

“The Labor Government have been dragging their heels on a decision for the final route in relation to the road south of Moonyoonooka. It’s time for the decision process to be escalated so the route can be finalised and inserted into the proposal as quickly as possible.

“Such a move will go a long way to appeasing a community increasingly frustrated with the Government’s delay on the issue – a feeling exacerbated by the hit to the economy as a result of the coronavirus.”

Member for Moore Shane Love said the waiting game is up and the moment had come for the McGowan Government to get into gear and start building the Northampton bypass.

“A Federal economic stimulation package may be just the opportunity to get this done, along with upgrades to the North West Coastal Highway between Geraldton and Northampton,” he said.

“The town of Northampton has a great deal of historical significance and huge trucks passing through the town centre presents heritage and safety issues.

“I understand Main Roads are currently reviewing alignment options for the northern part of the Dongara to Northampton Corridor as well as the southern portion and assessing the comparative costs.

“Landholders – including those in the vicinity of the Oakajee-Narngulu industrial corridor – need to know the final route so they can plan accordingly.”

The WA Nationals spokesperson for Transport Vince Catania, also the Member for North West Central, supports the call for urgency on both projects.

“Bypasses are being proposed and built in places like Bunbury and Albany so it’s unacceptable that the Mid West is continuing to be neglected and ignored by a Government that continues to bypass Geraldton and the smaller town of Northampton,” Mr Catania said.

“The bypass of Northampton has been needed and planned for 25 years and it is diabolical that it hasn’t been built yet.”