Labor needs to seal the deal for Goldfields Highway 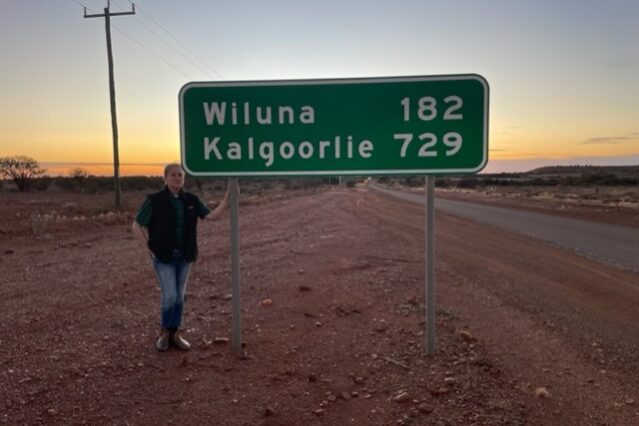 Merome Beard, Nationals candidate for North West Central, has backed community calls from the Shires of Meekatharra and Wiluna for the Labor Government to step up and re-instate funds to seal the last 124kms of the Goldfields Highway.

The McGowan Government has side-lined this long over-due upgrade of a key piece of the State’s highway system and transport network for the past five years – ripping away a $60 million Royalties for Regions commitment by the previous coalition Government for works that were project ready.

“As the only State Highway in WA not completely sealed, the remaining section of this regional connector road is paramount, and the economic benefits and investment should be obvious and have the Labor Government ‘chomping at the bit’ to ensure a robust and stronger regional road network.

“The former Federal Coalition Government announced $16 million for this project so I hope the State Labor Government continues to advocate to keep this funding in the next Federal Budget.”

“Indicative costing estimates apparently now put the project between $70-80 million, but surely this is a drop in the ocean with the State’s $5.7 billion surplus.”

“This project should be a priority for the Government, with more people travelling across Australia, increased demand for road freight and the heavy transport sector, along with growing mining, pastoral and tourism industries – not to mention addressing safety concerns.”

“Wiluna and Meekatharra should not keep playing second fiddle to the metro area’s ‘nice to haves’ such as a $100 million pedestrian bridge – just another example of the Government abandoning our regions.”