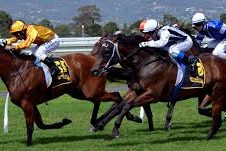 The Labor Government has delivered a harsh “take it or leave it” message to WA’s racing industry shortchanging them by millions of dollars.

Under the legislation pushed through Parliament yesterday, just 35 per cent from the sale of the TAB will go to the racing industry, with the rest being used to patch up budget black holes.

Nationals WA racing and gaming spokesperson Colin Holt criticised the Government’s threats to tear up the bill if there were any attempted amendments in the Legislative Council, meaning the sale would not proceed.

“The message from the Labor Government was clear – if industry asked for more, the sale of TAB would be completely scuttled,” Mr Holt said.

“We are deeply disappointed that the McGowan Government is short-changing industry from the sale of its own asset.”

Previously Labor MPs in the Legislative Assembly had defeated a Nationals amendment to the TAB Disposal Bill that would have delivered the racing industry 100 per cent of proceeds from the sale.

Instead, as the bill passed the Legislative Council this week, the Government insisted on taking 65 per cent of the proceeds, returning only 35 per cent to meet future needs of the racing industry.

“Industry and the State only get one shot at this – the sale of the TAB is a one-off,” Mr Holt said.

“The McGowan Government could have invested in the sustainable future of racing and been industry heroes for years to come but instead they will be remembered begrudgingly for an opportunity lost.”

Investing 100 per cent of the proceeds from the sale would help industry address the enormous infrastructure backlog of racing clubs, modernising facilities and making them more sustainable.

“Any potential buyer of the TAB would have loved that, perhaps even enough to lift the sale bidding, as strong infrastructure at a club level would be good for their business given they’ll rely on clubs and venues to run races,” Mr Holt said.

“Instead the Labor MPs – including the current Minister for Racing and Gaming who railed so hard against the sale of the TAB when they were in Opposition – are ripping off industry badly.”

Mr Holt noted that before any sale occurs the racing industry, represented by Racing and Wagering WA’s Board, still needed to agree to the Racing Distribution Agreement.

“Let’s hope that the Government facilitates this process with the rigorous consultation and industry agreement that has so far been lacking,” Mr Holt said. “Our great racing industry deserves better.”

For media enquiries please contact the office of Colin Holt on 9724 1181.