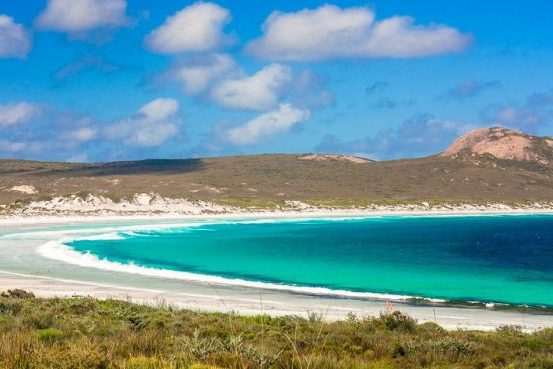 On Sunday camping and entry fees to 32 State-run national parks increased, with Lucky Bay in Cape le Grand National Park among the highest hikes at 36 per cent.

The Nationals WA environment spokesperson Shane Love said while the Minister continued to crow about growth in international visitors, he had forgotten those travelling in their own backyard.

“Our great State has long been the beneficiary of that great Australian tradition of hitching on the caravan and travelling around the country, with countless visitors tripping in their own backyard or making their way west from interstate,” he said.

“These travelers – many of whom are the revered grey nomads – are a vital part of our tourism industry and economy, visiting every small town, community and everything in between right around the State. Often that includes stays in our beautiful national parks.

“However, Mark McGowan’s merry misfits would rather chase international tourists than worry about our fellow countrymen, spruiking direct flights from Tokyo at the same time they raise entry and camping fees to our national parks.”

But when asked in Parliament today to guarantee the fee hikes won’t put a dent in visitor numbers to attractions such as the world-famous Lucky Bay and beautiful Kalbarri National Park, the Minister ducked and weaved instead of answering the question.

The Nationals WA tourism spokesperson Vince Catania said those travelling around regional WA by road weren’t the only ones paying high fees, with unaffordable air travel continuing to be a limiting factor in getting people out of cities and into the regions.

“We are committed to making sure we can affordably share our natural beauty with WA residents, visitors from the eastern states as well as international tourists,” he said.

“That means making sure the floodgates are opened to our unique regional attractions, not raising entry and camping fees that promote illegal camping and act as a disincentive to visit.

“Sadly, it seems the Labor McGowan Government marks itself only on getting tourists to Perth and has forgotten about the one-in-a-lifetime experiences WA has to offer tourists venturing outside the city.”