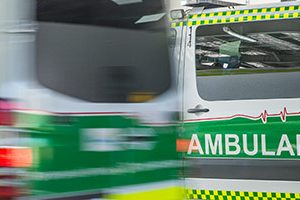 The Nationals WA have called on the McGowan Labor Government to take urgent action to reduce ambulance ramping times after hearing regional St John volunteers were also being impacted by the blowout in wait times at metropolitan hospitals.

“We heard stories of volunteer ambulance officers being asked to take on transfers from Northam, York and Toodyay to metropolitan hospitals, where they are then facing the same ambulance ramping woes as Perth ambulances,” Ms Davies said.

“This means return trips from Toodyay to Midland are taking up to four hours, while other areas are reporting six-hour return trips for a patient transfer to Royal Perth Hospital.”

Ms Davies said the extra time ambulances were forced to wait in Perth left regional communities exposed, and was impacting volunteers abilities to work or conduct their everyday activities.

“When you consider these regional communities already have thinly stretched resources in terms of volunteer capacity and ambulance availability, to then send these volunteers to wait in line in Perth for several hours is a gross misuse of their time and puts communities at risk,” Ms Davies said.

“Volunteers put their hands up because they are committed to providing an essential service for their communities, but they shouldn’t be expected to give up hours to wait in line because of the State Government’s incompetence.”

Health spokesperson Martin Aldridge said the McGowan Government was responsible for the worst ambulance ramping rates in the State’s history.

“In the week of July 8-15, St John Ambulance recorded more than 558 hours of ambulance ramping at metropolitan hospitals, with Joondalup Health Campus and Royal Perth Hospital having the worst rates,” he said.

“The Premier owes it to all Western Australians to urgently address this issue.

“I also call on the Minister for Health make arrangements to support a faster turnaround for volunteer ambulance officers to ensure ambulances are returned to regional communities in a timely manner.”

Assaults and physical threatening behaviour against school staff continue to increase
12 May 2022
Keep up to date!
Keep up to date with The Nationals WA on Facebook and Twitter, and don’t forget to share us with your friends.
Recent Posts
Archives
Go to Top