Minister asleep at the wheel of Kalgoorlie Inspection and Decontamination Facility

You are here:
Latest NewsNews Archive 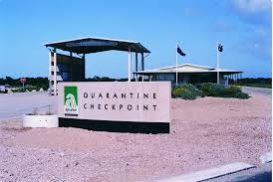 The Nationals WA spokesperson for Agriculture Colin de Grussa says the Labor Government is putting animal welfare and the State’s biosecurity at risk amid concerns about the current operations of the Kalgoorlie Inspection and Decontamination Facility.

The Department of Primary Industries and Regional Development, under the control of the Minister for Agriculture Alannah MacTiernan, operates the facility, which is the primary safeguard preventing seed and disease from entering WA by the transportation of livestock across the Nullarbor from other States.

“The Nationals became aware of issues at the facility after being contacted by livestock transport operators following changes to the operation of the facility by DPIRD,” Mr de Grussa said.

“Their concerns centred on the significant changes made to the accessibility of the facility outside normal business hours and the animal handling and inspection experience of staff recently employed at the facility.”

“They were frustrated the changes were made without any consultation and no apparent regard for the welfare of the animals involved, fatigue management requirements for transport operators or the safety of the DPIRD-hired personnel who were ill-equipped to discharge the required tasks.”

Mr de Grussa said what is so disappointing is that a Perth-based bureaucrat has made decisions seemingly with the primary focus of meeting internal budget targets.

He added transport operators were more than happy to work with the Department on pragmatic solutions to improve the operating efficiency and safety of the facility.

“An ironic twist is the Minister has carriage of the Work Health and Safety Bill currently being debated in the Legislative Council, yet, from what I have been advised, her own department is employing people with inadequate expertise to handle large animals, which could have tragic consequences,” Mr de Grussa said.

“Issues surrounding the lack of succession planning for inspection staff at both the Kalgoorlie and Kununurra facilities operated by DPIRD were raised directly with the Minister back in 2017, so there are absolutely no excuses when it comes having appropriately trained staff working at these facilities.

“The Minister has a long history of holding herself up as a paragon of virtue when it comes to the welfare of animals but has presided over operational decisions that could require animals to be sitting on trucks for longer, either parked on the side of the road or outside a facility only accessible during business hours.”