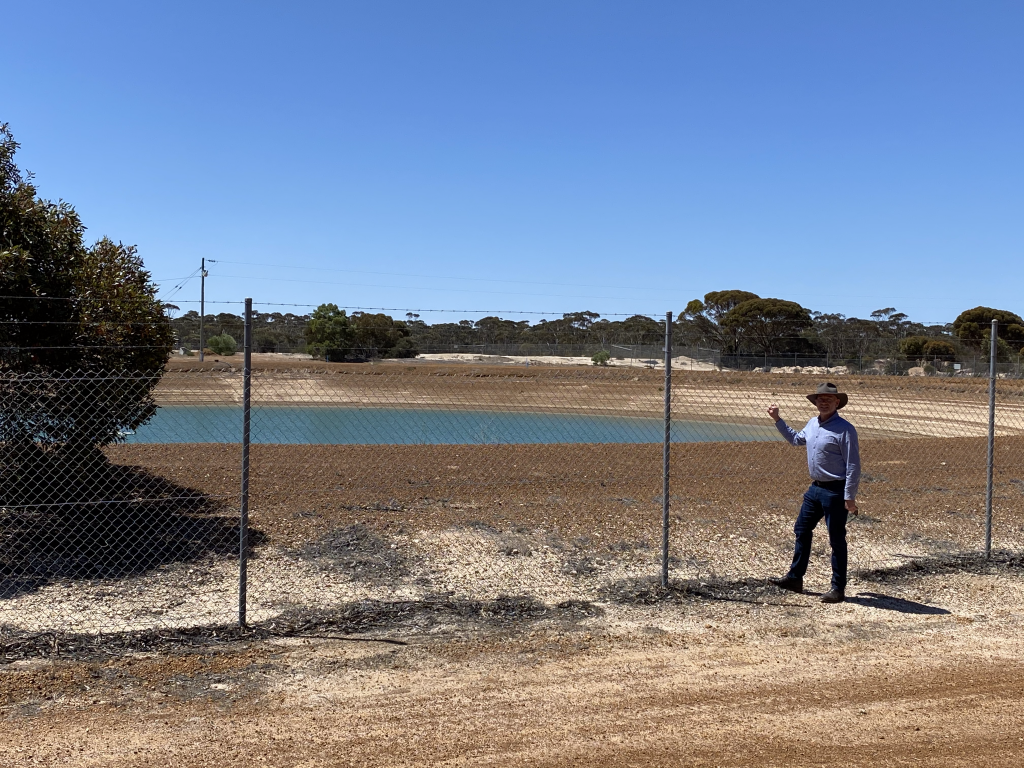 Questioning in Parliament has revealed the Minister for Water has blocked access to vital water supplies in Grass Patch, despite there still being over four million litres of water in the dam.

Member for the Agricultural Region Colin de Grussa said he was staggered to discover there was still that much water in the dam, yet farmers in the region were being forced to cart water from more than 40 kilometres away to supply their stock.

“After my office received numerous complaints about the Grass Patch dam being closed for farmers, I visited the site myself,” Mr de Grussa said.

“My observation was that there was still plenty of water in the dam, but I was shocked when the Minister for Water revealed there was over four million litres in there.

“Farmers are in desperate need of stock water in these exceptionally dry conditions, and I know they’ll be furious to find out there’s so much water remaining so close to home, when their own dams are dry.”

“Whilst visiting the dam I was also surprised to see sandbags across the inlet to the dam, which would significantly slow or even prevent water inflow to the dam, as well as a catchment badly in need of maintenance.

The Grass Patch dam was previously closed because it no longer met the quality standards for supply of drinking water by the Water Corporation, however was opened to the community to use as stock water for a short period this year.

“If farmers could access the remaining water and run the dam dry, surely Water Corp would then be in a better position to ensure any future water supplies met the appropriate quality standards,” Mr de Grussa said.

“It seems ridiculous and inefficient that farmers have been forced to cart water from over 40 kilometres away, putting pressure on another water source needed by farmers in the Salmon Gums area.

“What will happen when Water Corp close that water source too?”

“I call on the minister to immediately make the Grass Patch dam available for emergency stock water supplies in the region.