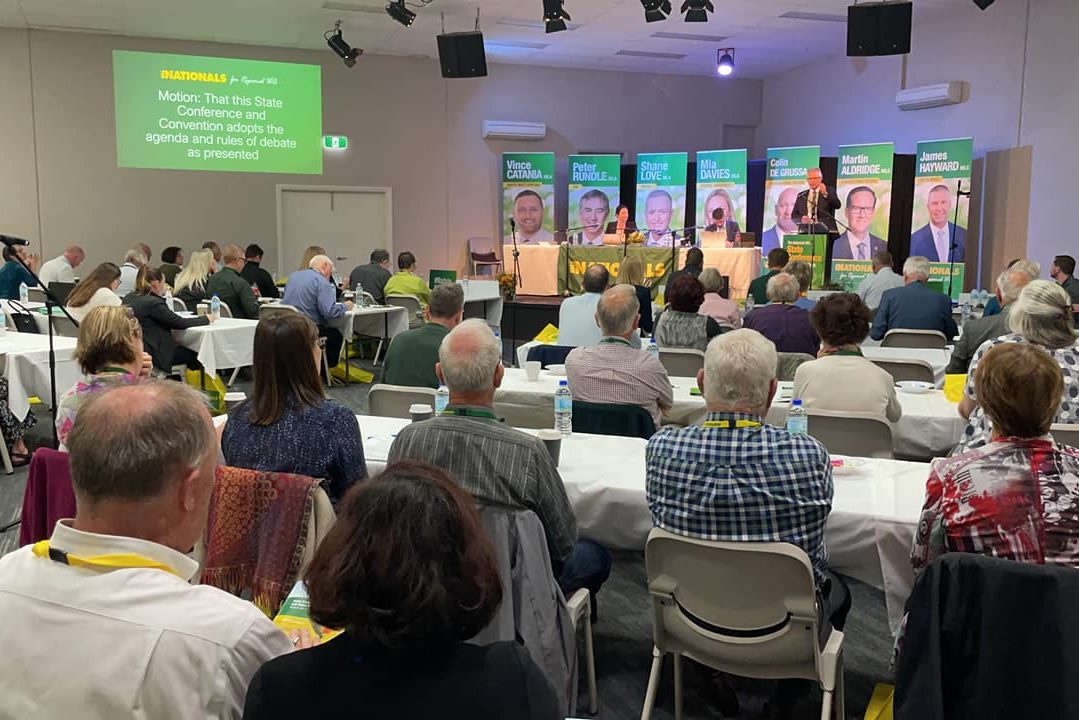 The Nationals WA have held their annual State Conference Northam, and first since 1947 as the State’s official Opposition.

Members and supporters gathered for the President’s Welcome Sundowner on Friday night, followed by a day of debate and formal business on Saturday, wrapping up with a formal dinner under the stars in the garden of newly renovated The Grand hotel.

State President Tony Crook said the Conference was the most significant event on the Party’s calendar each year, allowing members to debate motions and progress issues important to their community and the State.

“We are a grassroots organisation with members from all corners of the State, including the metropolitan area, and we pride ourselves on making sure everyone has a say when it comes to policy,” Mr Crook.

“It’s also been an opportunity to acknowledge the hard work and dedication of candidates and supporters in the State election, and re-energise the team for the massive task we have ahead in this term of the Parliament.”

Mr Crook said the issue of electoral reform loomed as one of the biggest challenges for the Party.

“We’ve faced tough times before, but we find a way to tackle the job because we know how much is at stake for the communities we seek to represent,” Mr Crook said.

Mr Crook also said as a result of elections on the day there was a number of changes to the Party’s State Executive.

“In particular, I pay tribute to outgoing Deputy President Tori Castledine who has made a significant contribution in the role and I thank her for this commitment,” Mr Crook said.

“Anne Ryan and Robin Vandenberg have also served for a number of years, with Anne also taking on the daunting task of managing reforms to our Constitution.

“Both have made a valuable contribution to the Party.”

The Party also recognised members for their service and support in their local branches and communities.

Northam local Rob Tinetti received the Leader’s Distinguished Service medal presented at the dinner on Saturday night, along with Southern Brook farmers Kathy and Dennis Saunders who received a Certificate of Appreciation.

The Dexter Davies Memorial Award, presented to a member of the Party who has demonstrated long term commitment to the WA Young Nationals in the time of their membership and beyond, was bestowed on Tori Castledine.

Tori has been a member for 12 years, starting out as a participant in the President’s Advance leadership program. She is a member of the Esperance Branch and has served for eight years on State Executive as a Female Delegate, Deputy President and importantly, as Acting President at a crucial point following the 2021 State Election.