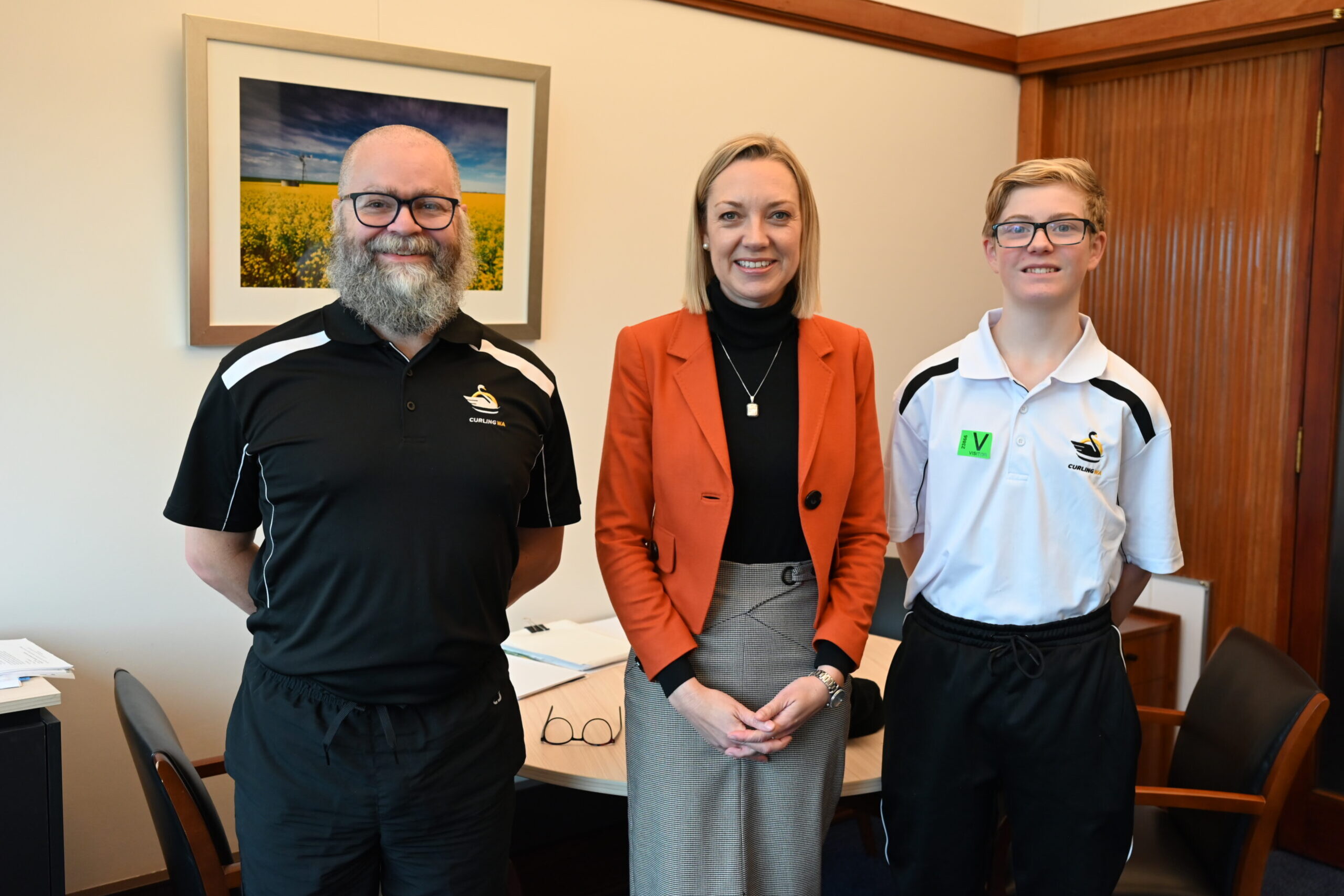 Nathan Collins, a fourteen-year-old student from Northam, has been selected to represent Australia at this month’s World Curling Academy Youth Camp in Lillehammer, Norway.

At the training camp Nathan, along with three other participants from Australia, will join athletes from Belgium, Denmark, Kenya Latvia, Lithuania, Mongolia, and Turkey to further develop their skills with an aspiration to being selected to compete in the 2024 Youth Olympic Games in Gangwon, South Korea.

Nathan and his father Phil met with Ms Davies in Parliament this week, where she wished the Northam student well and was greatly impressed that a young local from her electorate had been selected to represent Australia overseas.

“This is an incredible opportunity for Nathan, and I have been impressed to see him work hard to achieve his ambitions, especially when he comes from a region that does not offer the facilities for him to compete in his sport,” Ms Davies said.

“A sport like this requires a great deal of commitment and I look forward to seeing Nathan wearing green and gold for our country in the future.”

During the camp, Nathan will experience on-ice activities at a multi-sport venue that was built for a previous Olympic Winter Games. Off-ice activities will include Olympic values sessions, nutrition education, physical sessions which focus on injury prevention, balance, core training and strength.

Ms Davies said she wished Nathan all the best in his aspirations to follow in the footsteps of Australian Curlers Dean Hewitt and Tahli Gill, who recently made history as Australia’s first ever Australian curling team to qualify for the Winter Olympics.

She also congratulated Phil, who was heading to New Zealand the next day to compete in the Men’s Curling Championship.