Nungarin pub to get a makeover after winning competition 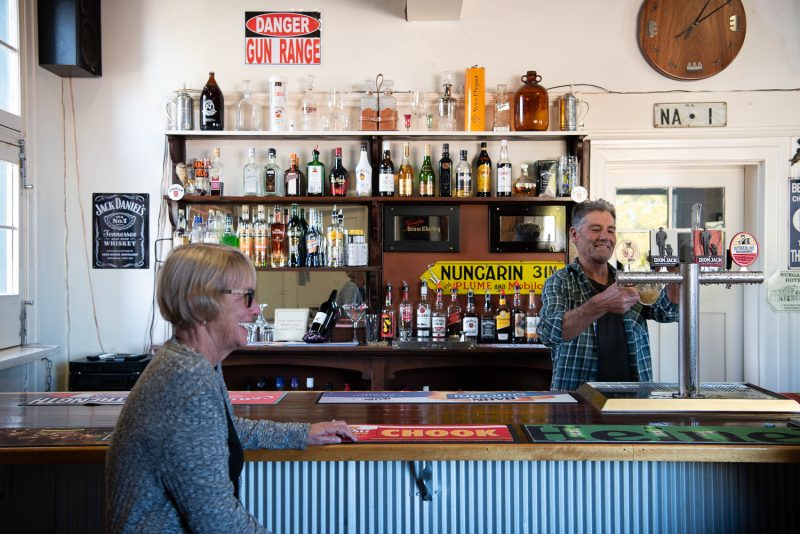 Nungarin publicans Laurie McKay and Carolyn Used were today awarded $50,000 as part of the winner’s prize, money which will be spent revitalising the almost century-old Wheatbelt watering hole.

Ms Davies praised Mr McKay and Ms Used for the outstanding job they had done since taking over the Woolshed six years ago.

“Laurie and Carolyn hit the ground running when they moved from Perth and have breathed new life into the Woolshed,” Ms Davies said.

“It’s a credit to their hard work and dedication that they have today been announced the WA winners of the Country Pub Project.

“It’s a prize the entire community will be able to benefit from as Laurie and Carolyn will be using local tradespeople to carry out the renovations.

“The publicity from today’s announcement and the improved Woolshed Hotel will no doubt attract more visitors and tourists to Nungarin and the region.”

Located 40km north of Merredin, the town boasts the impressive Nungarin Heritage Machinery and Army Museum which is housed in an original WWII vehicle workshop.

The beautifully restored 19th century Mangowine Homestead is a National Trust property and an easy 10-minute drive from Nungarin. The homestead hosts an annual concert under the stars.

The Nungarin Markets held once a month are also popular with locals and tourists.

Ms Davies said the town and wider region had plenty to offer and there were interesting self-drive tours that took in the above attractions and many more to entice visitors to stay for a weekend.

“The more people we can attract to the Wheatbelt the more they will see what an amazing place it is to visit and live,” Ms Davies said.

“Our region is a well-kept secret but if we want to drive tourism numbers we need quality accommodation and venues for people to visit while in town.”