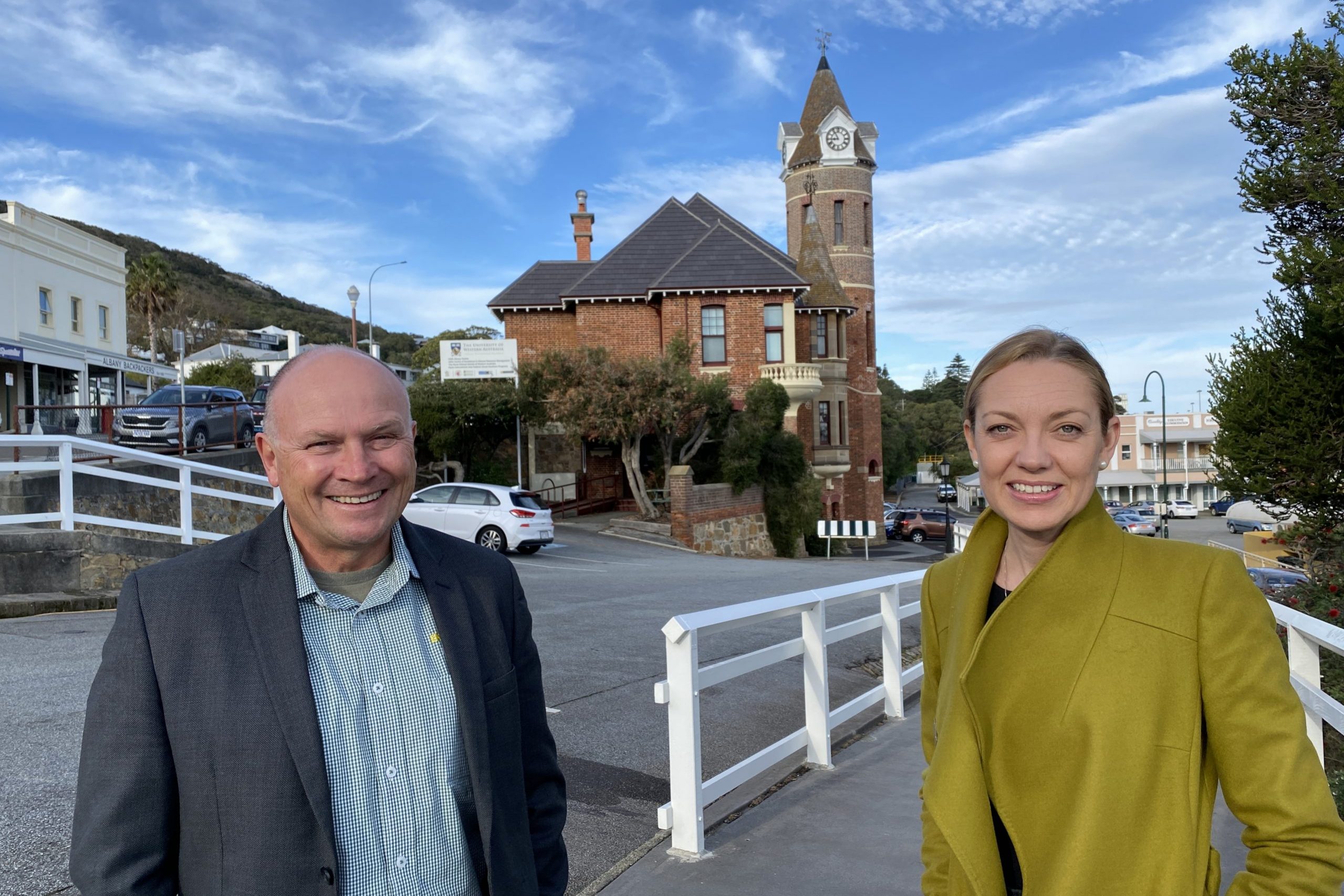 The Nationals WA will this week open a campaign office in Albany’s city centre as momentum builds for the Party’s community preselection.

Leader Mia Davies will be in town with Member for South West Colin Holt to officially launch the office at lunchtime this Thursday 16 July 2020.

Mr Holt said the campaign headquarters would play an important role over the next six weeks of the preselection journey.

“Having the campaign office creates a hub for both nominees and interested members of the public who want to find out about this exciting process,” he said.

“It’s a great way to engage, learn about the Albany Community Preselection, how to participate, who nominees are and where more information can be found.”

Mr Holt said time was running out for people to lodge their nominations if they were considering contesting the preselection.

“Anyone interested in taking their leadership to the next level and potentially representing Albany in State Parliament should nominate before the cut-off at 5pm on Friday 17 July,” he said.

The Nationals WA launched the Albany Community Preselection on 26 June 2020. It is the first time an election candidate has been chosen by this process in Western Australia.

First used in NSW in 2010 for the regional seat of Tamworth, the community preselection concept allows registered voters to select a candidate for The Nationals WA to contest the seat of Albany at the 2021 election through a polling process.

Mr Holt said the community preselection process gave the power to the Albany community to decide their next Member of Parliament.

“It’s a very different process than normal, where political parties choose their candidates without input from the community, but we want the people of Albany involved in this important decision. It’s your voice, your choice.”

Mr Holt encouraged community members to use the office to their advantage for the duration of the preselection.

“We’re a welcoming bunch and the doors will be open throughout the process for people to stop by, meet the nominees, pick up information and ask questions,” he said.

“Importantly, the campaign office will be opened as a polling place for early voting from 22 August and will be one of several key polling places on 29 August when Albany votes.”

The office is located at Shop 2, 146 York Street (opposite Fredericks Café) and will be open Monday to Saturday each week. For more information visit www.albanyvotes.com.