Push continues to get Mid West rescue chopper off the ground 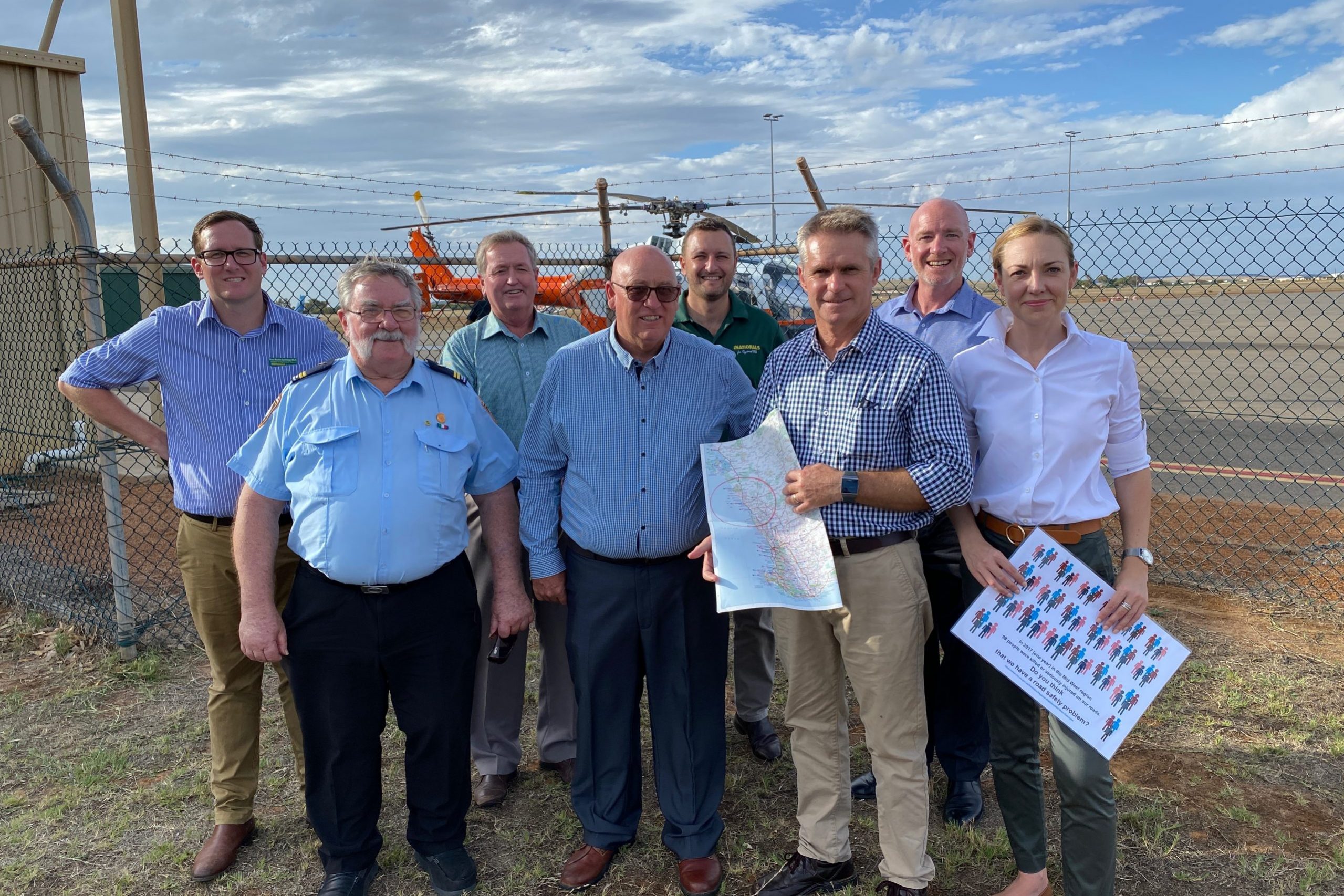 Member for Geraldton Ian Blayney says communities in the Mid West have rallied around The Nationals WA campaign to have an emergency rescue helicopter to be based in the region.

Mr Blayney spoke in Parliament today of the need for the service and The Nationals WA tabled a petition with almost 3000 signatures in the Legislative Council calling on the State Government to set up the chopper service.

“Whether it be a road accident or a search and rescue in remote tourist hotspots like the Abrolhos Islands or Kalbarri National Park, getting an emergency crew out to these incidents within the ‘golden hour’ is key to saving lives,” Mr Blayney said.

“Almost 90 per cent of rescue helicopter missions take place in regional WA, yet we are one of two regional areas with a population over 55,000 that doesn’t have access to a chopper.

“The service is strongly supported by the Batavia Local Emergency Management Committee, the City of Greater Geraldton, and the other local shires so it’s clear that now is the time for the Mid West to be given parity with the rest of the State to ensure more positive outcomes in the region.”

In February, The Nationals WA promised to commit $30 million towards a dedicated rescue helicopter service based out of Geraldton if returned to Government next year.

Mr Blayney said Ian Dempsey and Ian Beard along with 83 members of Geraldton Volunteer Marine Rescue Group, have been instrumental in advocating for this service after having seen first-hand how vital this service would be in accelerating the delivery of patients directly to definitive care.

“Four years ago, there was an incident out at sea that unfortunately resulted in a fatality on a ship that had left Geraldton a few hours beforehand,” Mr Blayney said.

“Members of the marine rescue group are certain the outcome of this incident would have been different, and likely a lot more positive, if the Mid West had had an established emergency rescue helicopter.

“The nearest service from Geraldton is down in Perth which will not be able to arrive at an incident within an hour, so having a base in Geraldton will greatly benefit our community and the many visitors who enjoy exploring the region.”

“With over 2,600 signatures on the petition calling for an emergency rescue helicopter that The Nationals WA presented in Parliament, it is clear the wider community supports this project and is eager to see this service get off the ground.”