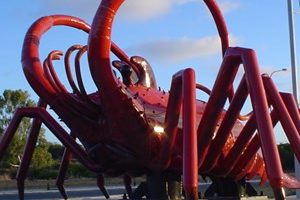 The State government needs to immediately step in and help attract doctors to towns such as Dongara according to Moore MP Shane Love.

Batavia Health closed the doors of the Dongara Medical Centre on 24 January 2020, forcing the Shire of Irwin to recruit a locum until a permanent doctor is found.

The Irwin Shire yesterday hosted two community consultation sessions to address the issue and presented a number of financial options detailing future premises for a doctor’s surgery in the town.

Mr Love commended the Shire for its actions to address the doctor shortage. A senior member of his staff represented him among the hundreds of community members who attended the meeting.

“I know Dongara is one of very many regional centres looking for a doctor at present,” Mr Love said. “It is totally unacceptable that a town of 3500 persons and with an ageing population was to be left without a doctor. “The alternative is a 130km round trip to Geraldton which is itself experiencing a doctor shortage.

“We need the State Government to act immediately.”

Mr Love said Royalties for Regions funding was intended to address these inequities of service between regional and city communities and RfR could be used to provide incentives to attract doctors to the regions.

“At their latest State Convention, The Nationals acknowledged the essential role of doctors in providing primary care in regional areas and moved a motion calling on the State and Federal Governments to immediately review the incentives and payments offered to GPs practicing in regional areas,” he said.

“I have written to Health Minister Roger Cook requesting assistance to attract a doctor to the town and I have also asked if doctor’s rooms can be made available at the WA Country Health Service facility in Dongara at little or no cost.”

Mr Love said in the past term of government, Royalties for Regions had been strategically used for health services in the regions with the development of a $22 million package to upgrade health services in coastal communities from Lancelin to Dongara.

“This was scrapped when the McGowan Labor government came to power,” he added.

“In responding to me in the parliament back in November 2017, Minister Cook promised that the health package would not be forgotten, funding would be considered in future budgets and that he would personally visit the affected sites.

“We are still waiting.”