Time for State Government to step up for drought communities 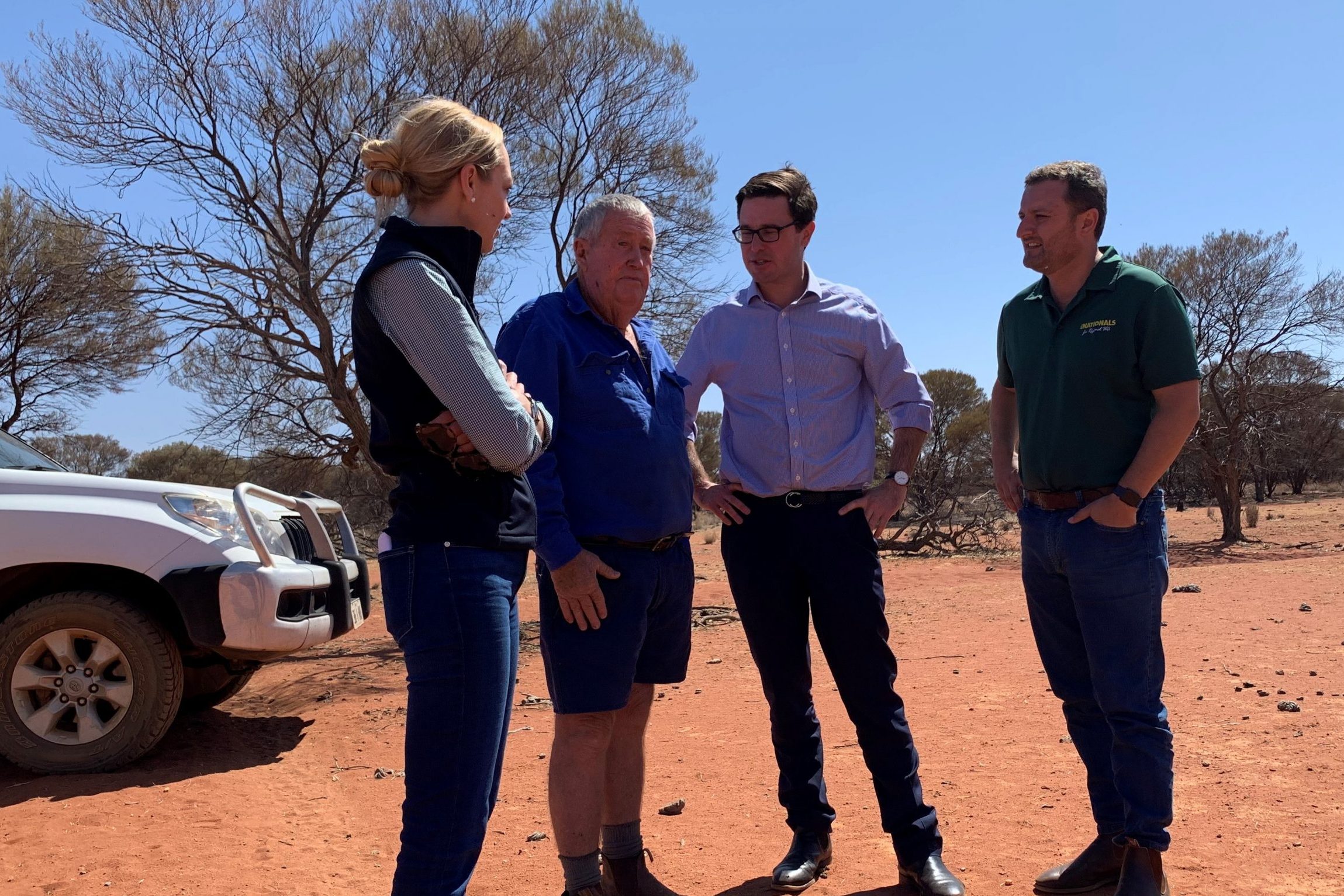 The McGowan Labor Government is failing pastoralists, farmers and regional communities battling drought across the State.

“It was a timely visit, with the Minister able to outline the Federal Government’s drought assistance relief package, including interest free loans for farmers, pastoralists and businesses, a $200m injection into the Building Better Regions Fund for infrastructure projects available to drought affected local governments, access to the Drought Communities Program and ongoing household financial and counselling support,” Ms Davies said.

“It was clear to me that the Federal Government understands what needs to be done during these very difficult times and is adapting a national program to ensure our Southern Rangelands communities and pastoralists can access the support they need.

“It’s the State Government letting the team down and they need to be held to account.”

After the National Drought Summit held last year, the Federal and State Governments formally agreed on responsibilities – with the States responsible for any freight and fodder subsidies required to support animal welfare outcomes.

Ms Davies said NSW was providing support worth $70 million, Victoria $31 million and Queensland $74.6 million, yet the Western Australian Government was yet to put a dollar on the table.

“Everyone needs to work together when it comes to drought and it is most frustrating that our State Labor Government has turned a blind eye to the plight of these communities,” she said.

Mr Catania, who invited the Minister to come to WA, said he was encouraged those impacted by drought received a good hearing.

“Pastoralists in this region are desperately needing immediate feed to avoid stock death rates climbing but the State Minister has taken her eye off the ball by talking about pest control and future drought mitigation strategies,” he said

“The problem is here and now. It is time McGowan Labor finally showed some compassion for regional WA and provided the help they promised.”