We’re putting our faith in the people themselves 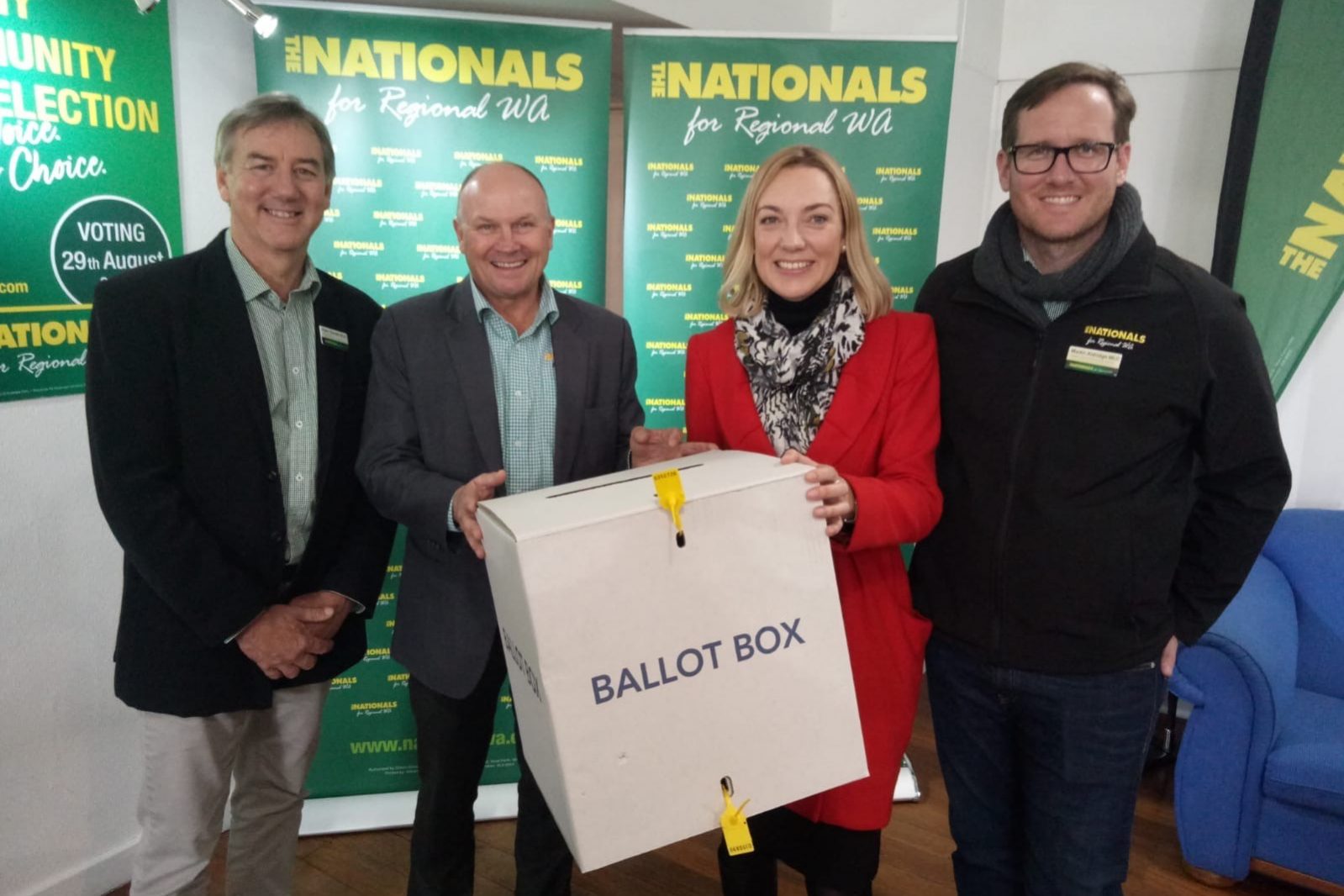 The power is undoubtedly with the people of Albany leading up to the 2021 State Election.

While other parties will determine who will represent them in the race for the coveted seat, The Nationals WA have put that responsibility in the hands of the regional city’s constituents.

Our Albany Community Preselection is something different. But it is a concept we want locals to embrace.

The process gives you the opportunity to canvas issues, present ambitions and highlight what you want from a candidate who wants to represent your district in State Parliament.

A couple of weeks ago I joined Leader of The Nationals WA Mia Davies in Albany to launch the preselection.

It was encouraging to get overwhelmingly positive feedback on the unique idea. The process is simple.

First people nominate to contest the community preselection – and if you are interested now is your last chance.

Second, nominees are announced on 25 July 2020. They then participate in a five-week campaign in the local community allowing people to get to know them better.

Finally, voters are asked to choose who they think is their best candidate for The Nationals WA at a special Albany-only polling day, held on 29 August 2020.

Anyone registered on the electoral roll in Albany can participate in the poll, with the winner endorsed as The Nationals WA candidate for the 2021 State election.

We will also be running early voting, starting 22 August 2020 and offer mobile polling to be as inclusive as possible.

One of the questions asked during our visit was why Albany was specifically chosen for the community preselection process?

The Nationals WA are serious about regional WA – we’re the only party with a focussed solely on issues impacting communities beyond the capital city. And Albany, as a major hub in the Great Southern, plays a critically important role in the region.

Also, with long-term local MP Peter Watson stepping down, we are serious about giving Albany the best representative possible in State Parliament.

Our party believes the people of Albany – a politically engaged and ambitious city – would relish the opportunity to use their voice to make their choice.

Never before has a political party in WA put the responsibility of choosing a candidate for them in the hands of the community.

For the past few weeks we’ve been asking the people of Albany: “do you know someone you think would be a strong candidate, a community leader who would represent and advocate for a better Albany?”

“Do you know someone who could best represent you? Then now’s the time to tap them on the shoulder and ask them to consider being your voice in Parliament.”

That opportunity is coming swiftly to a close, with nominations closing at 5pm tomorrow.

So if you are serious about putting your hand up and leaning in to potentially represent the community you love, now is your last chance.

On 25 July 2020 preselection nominees will be announced, putting their heads above the parapet in your community to make themselves known.

You will have your chance to discuss matters that mean the most to you and to Albany with them.

We’ll be supporting all nominees through the process and helping them learn about the importance of grassroots campaigning.

I encourage you to introduce yourself, talk to them about your vision for Albany and ask them why they are the best person to be your representative for The Nationals WA or in State Parliament.

I’m casting the challenge out there for all of you – be involved in the process.

There’ll be plenty of opportunities to learn more about your candidates.

Today The Nationals WA are opening an Albany Community Preselection office at Shop 2, 146 York Street. It will be open Monday to Saturday over coming weeks and used as a hub for the campaign.

Drop in to find out more information on how the process works, how you can participate and who the candidates are.

Don’t miss the opportunity to be part of this pioneering idea and have your say in the Albany Community Preselection.

Remember – it’s Your Voice, Your Choice.